Nintendo has released Dr. Mario World for iOS and Android, with the game appearing on the App Store and Google Play a day earlier than anticipated.

The game is a free download although there are in-app purchases to be had, too. The game follows similar paths to previous console iterations. 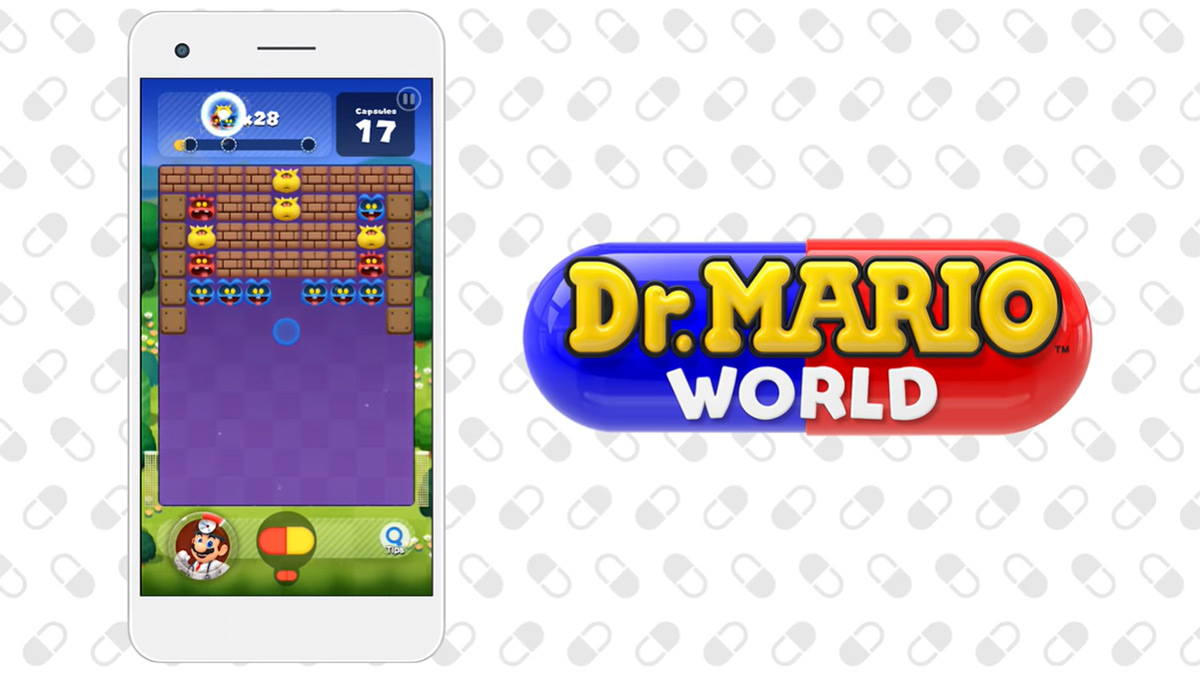 A puzzle game, Dr. Mario World has gamers combine capsules and viruses to clear game boards. Just like other Nintendo games this one also features many of the characters we’ve come to know and love from previous Mario games including Bowser, Goomba, Koopa Troopa, and of course, Peach.

Each of those characters has special abilities that will help gamers become successful throughout the more than 100 stages included in the game.

Use your puzzle skills to eliminate pesky viruses!

• Match capsules with viruses and watch them disappear! Simply match three objects of the same color vertically or horizontally to clear them.
• Luckily, Dr. Mario and friends have virus-busting skills, and you can use leftover half-capsules to strategically zero in on especially meddlesome viruses.
• Take your time, because each puzzling configuration of viruses must be cleared using a limited number of capsules. Keep calm to plan your approach, and you’ll rid Dr. Mario’s world of viruses in no time! 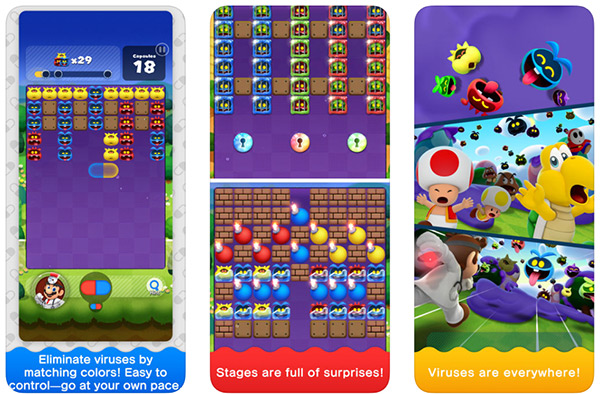 Nintendo says that the game is “free to start, with optional in-game purchases” which is interesting wording. You will also need a persistent internet connection in order for the game to work and advertising is something also mentioned in the app’s description.