Now that the Samsung Galaxy S9 and Galaxy S9+ are official following their announcement earlier this week, the always-obvious comparisons with Apple’s own flagship, the iPhone X, are well and truly underway.

That is not being currently helped by two new reports surrounding both devices’ cameras, with Consumer Reports proclaiming the iPhone X as the best smartphone camera around and the often maligned DxOMark giving the award to Samsung’s Galaxy S9 or to be more accurate, the Galaxy S9+ in particular. 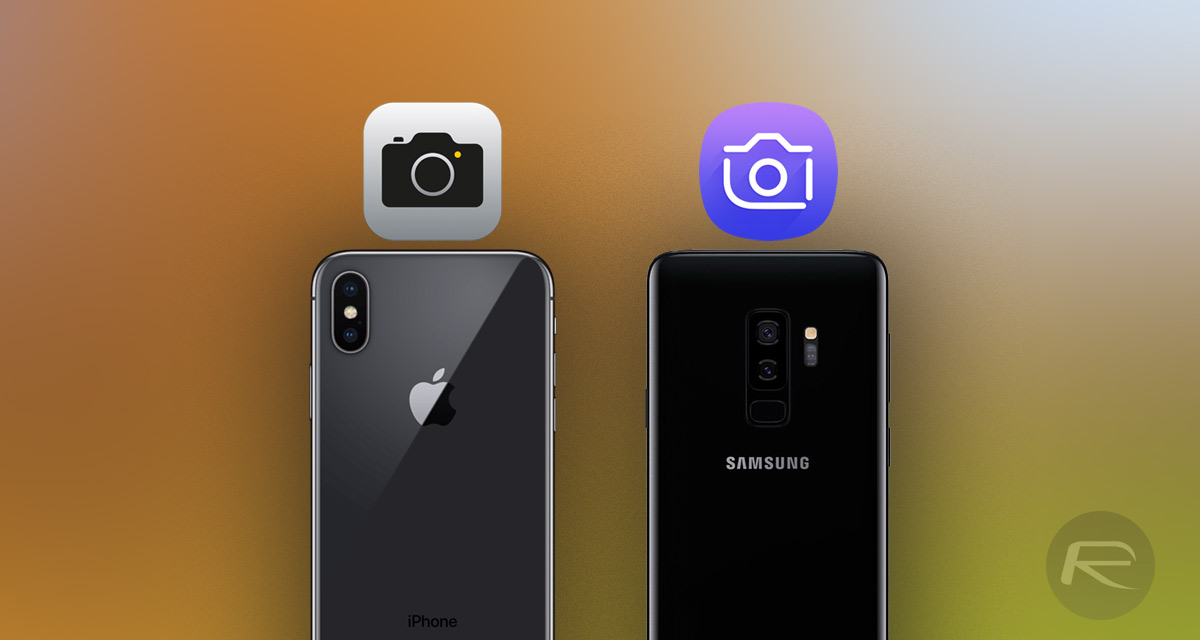 Starting out with the new Consumer Reports news, we have the publishing of new rankings outlining the best smartphone cameras currently available.

It’s important to note that the Galaxy S9+, nor its smaller version the Galaxy S9, was included in this report but given the look at the top ten, even with its inclusion it would seem that Apple’s iPhone units would take the majority of the places. Of the top ten, iPhones account for six of the devices placed, with the iPhone X sitting pretty at the very head of the table.

There are good reasons for the iPhone X to be so well regarded. Apple’s Phone X has two 12-megapixel rear lenses in total, one that’s an f/1.8 aperture wide-angle lens and an f/2.4 aperture telephoto lens. Combined, the pair are capable of taking some truly impressive shots, something that Apple has leveraged plenty in its advertising. 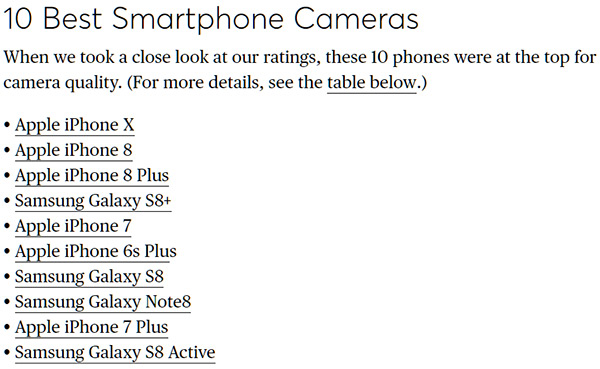 However, Samsung has its own dual-lens system in the newly announced Galaxy S9+, and it’s that smartphone that DxOMark believes deserves the crown here.

According to DxOMark, Samsung’s Galaxy S9+ received the highest ever rating awarded to a smartphone, coming in with a score of 99. This, according to the report, is thanks to a score of 104 in the Photo portion of its benchmarks, with a score of 91 being achieved when recording video. DxOMark notes the Galaxy S9+’s ability to handle noise while producing great colors helped it on its way, although color fringing and exposure instability prevented it from scoring higher. 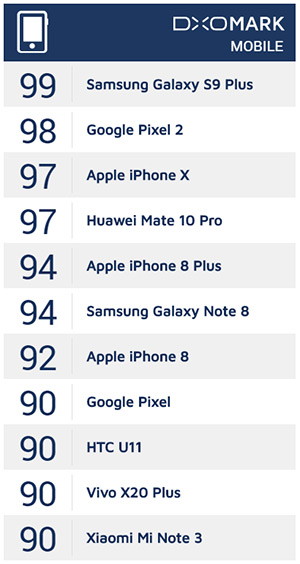 It’s very important to note here that the validity of DxOMark scores has long been questioned, and they really should be taken with a pinch of salt. That being said, if its tests are carried out the same way repeatedly, relative scores between devices should be fairly representative of quality. That’s a big “if” though, so again, pinch of salt!

With that battle undecided as of yet, you may wish to check out our recent coverage on the comparison of the displays on the S9 / S9+ and the iPhone X: Galaxy S9 Vs iPhone X OLED Display: Samsung Takes The Crown Back From Apple.