The unc0ver team had initially pipped Chimera to the punch by releasing a version of the jailbreak yesterday which included Sock Puppet support and support for firmware versions up to iOS 12.2. 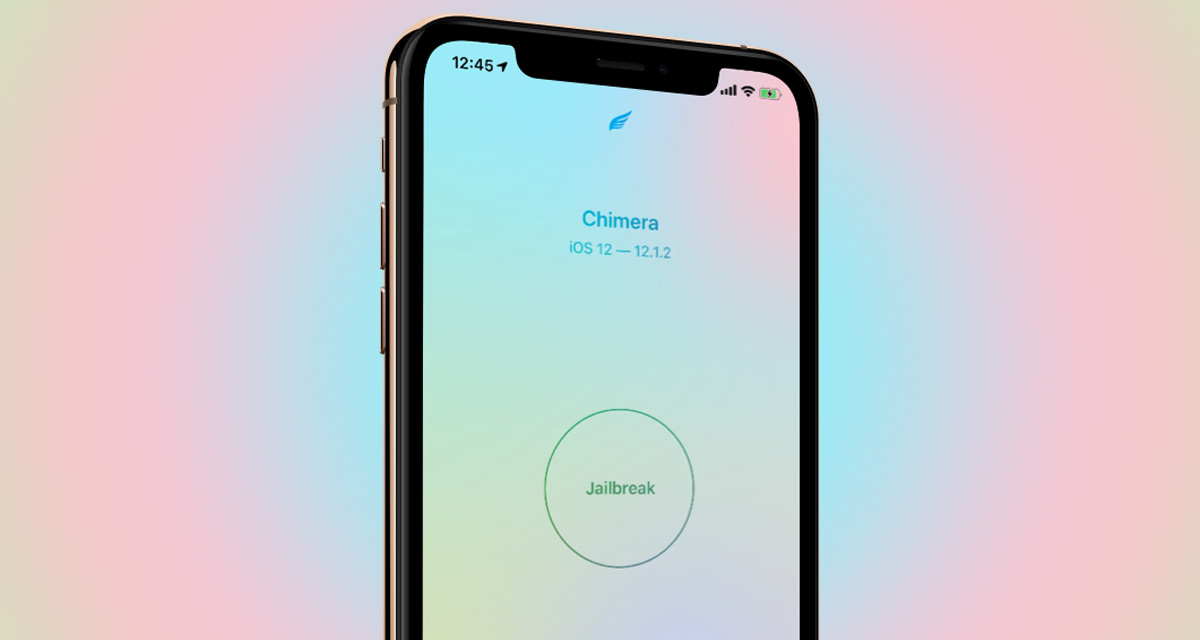 At that time, the Electra Team had stipulated that it was internally testing version 1.2.0 ahead of a public release to ensure that it was working as expected and as stable as it could possibly be. An announcement of its release has now been issued via Twitter:

At the time of writing, the newly released Chimera update doesn’t offer support for A7-A8 and A12(X) devices. It seems that neither the Electra Team nor Pwn20wnd and the unc0ver team can get the Sock Puppet exploit to perform nicely with these devices. As such, it was announced this morning that unc0ver had disabled support for those devices until it can be determined whether or not Ned Williamson’s exploit can be tweaked to offer the necessary support as well as the stability that is expected from device owners placing their trust in the jailbreak. 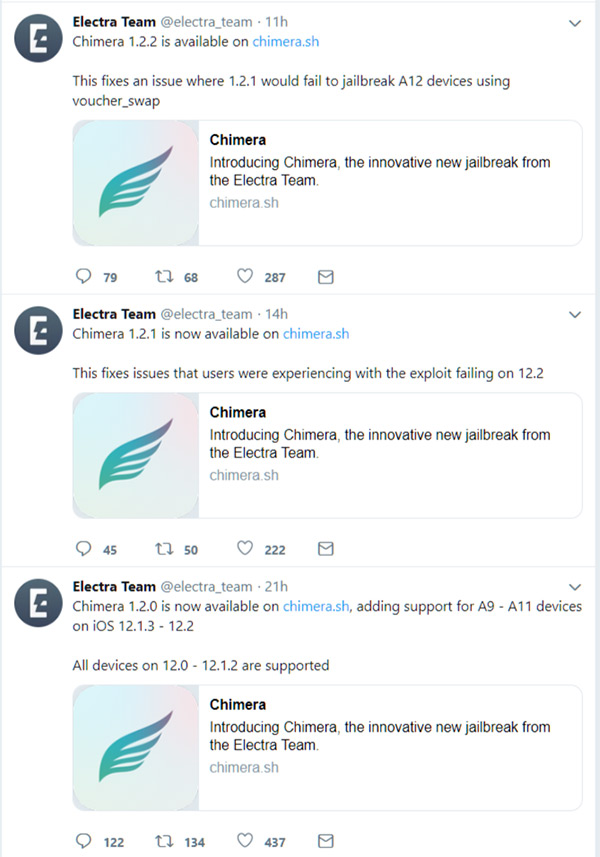 If you happen to in possession of a device running iOS 12.1.3 through iOS 12.2 and want to see what all of the fuss is about from a Sileo perspective, then Chimera v1.2.2 is available for you to download and interact with right now. You can head on over to chimera.sh and grab the latest updated Chimera IPA with immediate effect and then follow our previous guide here on how to go about jailbreaking using Chimera.

Keep in mind that this version of Chimera with Sock Puppet integration is relatively new and has already benefited from two minor point updates taking the initial release from v1.2.0 to v1.2.2.

If you aren’t a power user who can troubleshoot issues and you aren’t prepared for niggles and teething problems, then it’s probably best to stay clear for now until this version is a little more mature. We will more than likely see a number of quick-fire updates over the next few days as more issues are ironed out.