Celeste 2 For iOS 6 Released! Takes Bluetooth File Sharing On iPhone To The Next Level [VIDEO]

Apple’s decision to make the iPhone into a decidedly closed platform has allowed it to do all kinds of weird and wonderful things throughout its six year lifecycle, but it’s also come at the cost of flexibility. Like it or not, there are just some things that devices running iOS simply cannot do when compared with most other smartphones, especially those running Google’s rival Android mobile operating system. One of the things it cannot do is send or receive files over Bluetooth. It’s also something that phones have been able to do for many, many years.

Even today, Apple is still trying to compensate for the lack of Bluetooth file transferring ability by adding things like AirDrop to iOS 7, but that isn’t going to stop some people from wishing that they could do something that they probably did using phones that cost a lot less than the iPhone they now own. If that iPhone happens to be jailbroken though, things may not be quite as bleak as they thought. 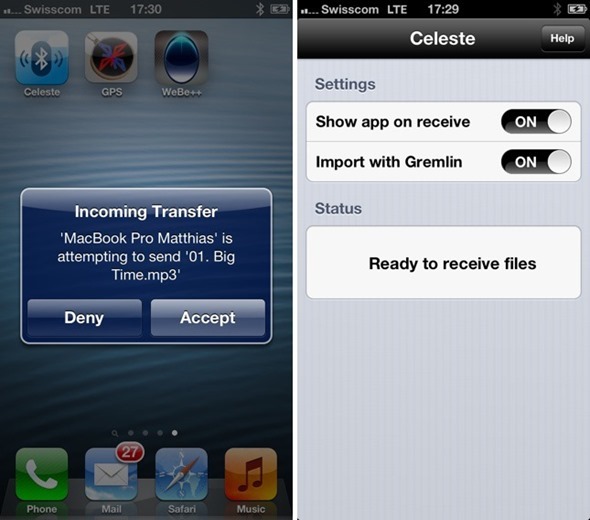 A big update to the original Celeste for iOS tweak, now called Celeste 2, promises to make it easy to send and receive files over the magic of Bluetooth on jailbroken iPhones and the whole thing is managed via Notification Center. The latest release brings full support for iOS 6, hence if you’re running the aforementioned firmware and have been waiting for this update, then your prayer has been answered.

Celeste 2 integrates with all manner of iOS apps and features, meaning people can send or receive photos, contacts, notes and all manner of other files. The tweak ties into plenty of apps too, such as iBooks and Dropbox. Perhaps most important though is the fact that Celeste 2 uses the original iOS Bluetooth stack, which means that you can keep those earphones paired at the same time, or keep that device tethered to your iPhone all along. It means less hacking has gone on to make the file transfer work, and in the process makes the whole affair seem more baked into iOS than it otherwise could. 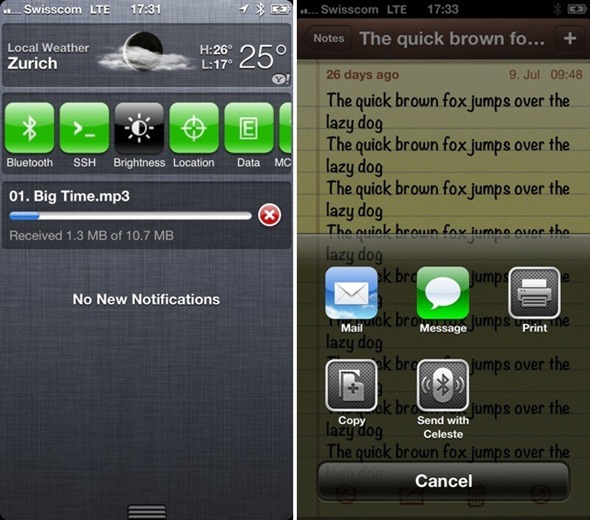 Being able to send and receive files via Bluetooth isn’t something we miss from iOS if we’re honest, but we know plenty of people do. Celeste 2 will perhaps go some way to appeasing those that just can’t quite fathom why Apple won’t open Bluetooth up as standard.

Now here comes the best part, it’s free for those who already purchased Celeste’s first release, and new customers have to churn out $6.99. Available to download from the BigBoss repo, it’s a must-have if you want Bluetooth file transfer capabilities on Apple’s famed smartphone.