The aforementioned next pre-release seeds come hot on the heels of beta 4 which were released into the testing community on July 17th, 2018. This release shows that Apple is picking up the pace and is serious about getting its major platforms to the level of expected quality prior to a public release later in the year. 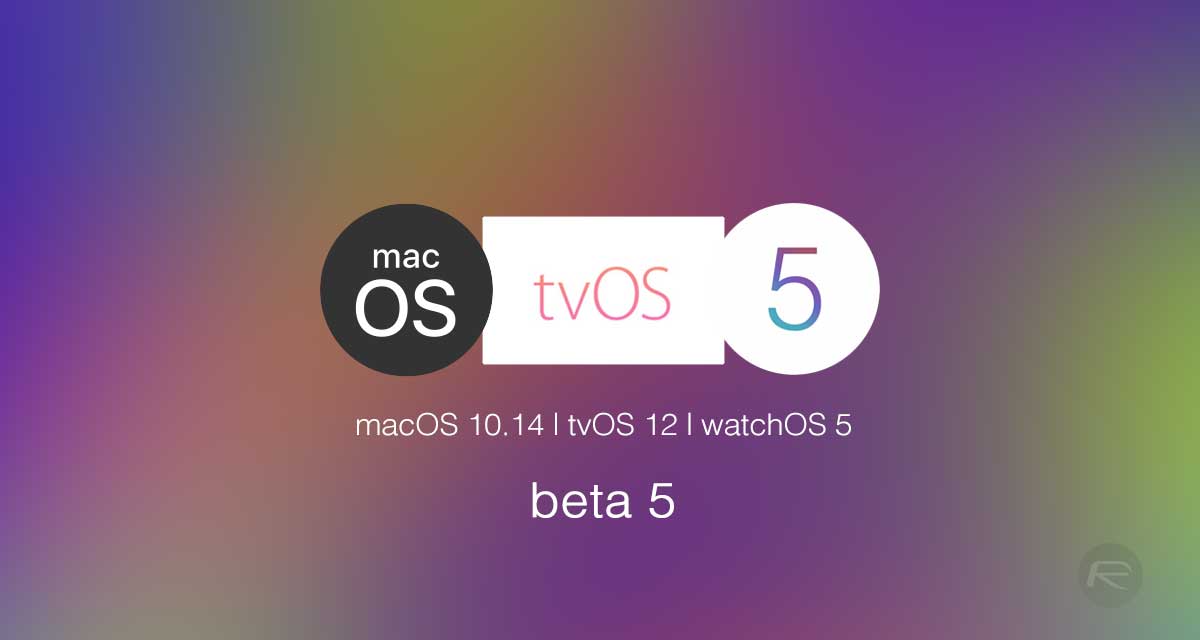 tvOS 12 beta 5: Apple TV owners all over the globe are eagerly waiting for tvOS 12 to drop later this year. The release will mean that Apple TV 4 and Apple TV 4K owners will be able to benefit from all of Apple’s applied changes with immediate effect. Until then, we have the firmware in a test scenario, with beta 5 now available. With tvOS 12, users will be getting Dolby Atmos support, additional power for developers to create more powerful apps for tvOS, and a multitude of bug fixes and improvements.

watchOS 5 beta 5: It seems that every major update to watchOS comes packed with impressive features and functionality. And watchOS 5 is definitely no different. Apple has added a brand new native Podcasts app to perfectly compliment the iOS version. There is also the concept of fitness and Activity-based challenges, new workout types, as well as better handling and tracking of data and an improved and enhanced Siri experience.

macOS 10.14 Mojave beta 5: If you love everything about the darkness, then you are going to love what Apple is doing with macOS Mojave. In addition to having a new Dark Mode which applies to first-party apps, Apple is also offering a dynamic desktop mode which changes depending on the time of day. There is also a new Stacks feature designed to organize the desktop better and a FaceTime overhaul which now supports video calls of up to 32 people across macOS 10.14 and iOS 12.

All of the above builds are available for developers to download and access on their devices right now. Remember to ensure that all feedback is given to Apple as soon as is humanly possible in order to ensure that tvOS, macOS, and watchOS rollout later this year in a streamlined and reliable manner.