As you should all be aware by now, Cupertino-based Apple Inc. has officially released iOS 12 beta 5. As with all previous beta releases which have come before it, this release means that Apple has taken iOS 12 to the next level and one step closer to a public release. And, of course, with this release comes a set of release notes and accompanying changelog identifying all relevant changes.

When Apple finally decides to roll its iOS 12 firmware out to the general public for all compatible iPhone and iPad hardware, it will be accompanied by a very verbose and detailed set of release notes which exist to give even the layman an introduction to the platform and everything that it entails. 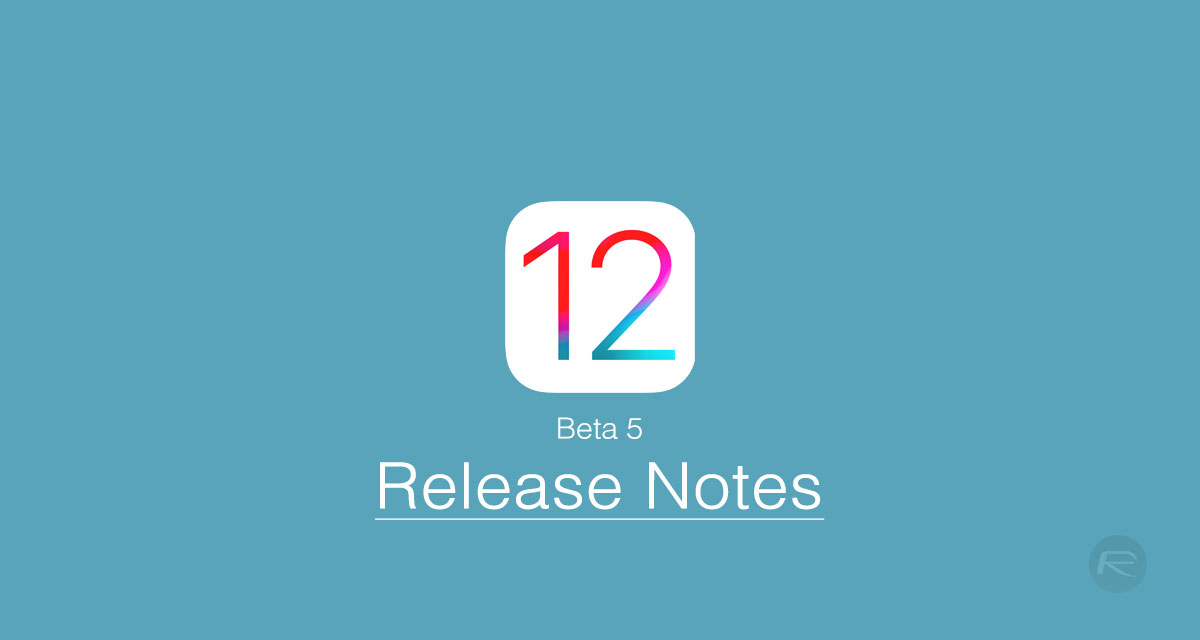 Unfortunately, registered developers and public testers don’t always get that luxury and instead have to do with the level of detail that Apple chooses to provide. As part of that, Tim Cook’s company outlines everything that’s fixed, new, and what is still considered to be a “known issue,” or, as most people might say, “still broken.”

It’s actually hard to believe that it’s coming up to two months since the first pre-release seed of iOS 12 was pushed out to developers right after the opening keynote of WWDC 2018 closed. With that said, it means that we are pretty much right in the middle of the testing process with approximately another 8 weeks left to go until Apple flips that public release switch.

That’s still plenty of time to fix all of the known issues and get the platform in the perfect position for release. But it’s also been enough time to ensure that each release performs better than the last and that everyone testing iOS 12 has a perfect insight into what’s going to be offered with iOS 12.

If you are interested in iOS 12 beta 5, either from a development perspective or as a potential user looking to see how the platform is progressing, then you can find the full Apple release notes embedded below. This will give you an insight into everything that’s been changed and fixed between the release of iOS 12 beta 4 and this fifth release.

Check it out, take it all in, and ensure that it suits your needs before you go through the installation process.