One of the great advantages of using Android over, say iOS, is the ability to use home screen  alternatives, otherwise known as custom launchers. They take all manner of forms, and offer a range of features, with some going for sheer features, while others seek to alter the general look and feel of an Android smartphone or tablet. In the case of the Bazooka Launcher, aesthetics are very much the order of the day.

By installing Bazooka Launcher on your device, you can transform your home screen from a rather mediocre stock offering to a look more suited to you. Unlike some launchers, which seem to compromise speed when offering an array of new looks and features, Bazooka is smooth and responsive, allowing you to have the custom look without the customary lag.

If you’re a CyanogenMod fan as I know many of you are, you may be intrigued to learn that this beautiful launcher is based Bazooka is based on Cyanogen’s Trebuchet Launcher, which is of course CyanogenMod’s stock launcher offering. As you can see from the images, it’s easy on the eye, and if you’re one of those folks with an incessant need to meddle and alter aspects of your mobile device on a frequent basis, it’s certainly one you’ll want to check out. 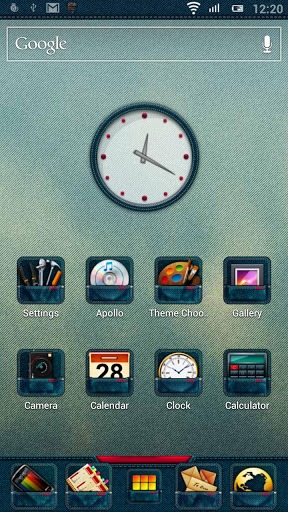 As well as being a fine example of a speedy launcher, it’s also very stable, akin perhaps, to the majority of CyanogenMod releases in the past year or so. If you feel as though your device could do with a makeover as we begin the new year, I’d go as far as to say Bazooka Launcher is one of the best we’ve seen. 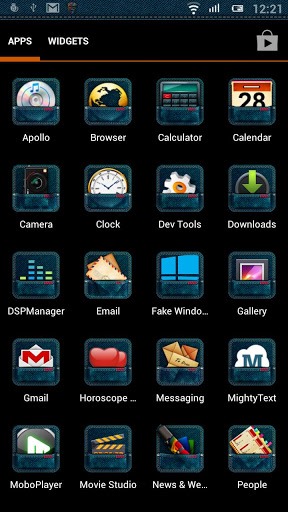 Everybody loves a freebie, particularly in the world of apps, so you’ll be pleased to know that this Trebuchet-replica is absolutely free of charge. Download it now and let us know how it runs for you by dropping a comment via the usual mediums below.