The number of photo and video based apps on the App Store is literally insane. The store contains a huge number of quality offerings that not only bring the ability to capture and edit photos and video but also share them with the world through vast networks of followers who have a deep passion for photography and video making. PureShot for iPhone and iPad makes a brave move by stepping away from the filter phenomenon and deciding to concentrate purely on digital photo capture with the intention being to do so with the highest technical quality possible.

Rather than offering the ability to capture an image and then process and edit that image through the app with the usual cropping and visual editing tools; PureShot makes its way in the world by simply being an app that exists to squeeze every possible last piece of quality out of the embedded camera on whatever iOS device it is being used on. The captured photographs can then be opened up in third-party apps for editing if required, or exported directly to a computer for touching up on professional editing suites. PureShot does the technical work and leaves the artistic stuff to others. 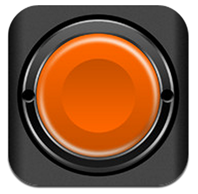 Although the app is built around a fairly simplistic and easy to follow user-interface, it manages to pack in quite a lot of hidden power that comes through the configurable options included within. Comprehensive on-screen information is presented to the user at all times to enable them to capture the best possible photo of their chosen target. The user also has control over various aspects of how the app performs such as being able to configure the soft shutter mechanisms as well as flicking Night Mode on or off and choosing between image quality settings like HI_Quality JPEGs or dRAW TIFF outputs.

The developers have had the foresight to include a fairly comprehensive usage manual within PureShot that should allow beginners to get their heads around the technical aspects of photography and get up to speed with the app. The quality-optimized 6X zoom, multi-zone or positionable spot-metering and real-time ISO, shutter-speed and GPS information definitely makes PureShot one of the best non-editing photography apps available for iOS.

(Source: PureShot for iOS on the App Store)