With Windows 8, Microsoft took some rather bold and unprecedented steps. The RT version of the operating system, found on the company’s Surface tablet (and perhaps, soon to land of similar offerings from a plethora of other manufacturers), enabled the software giant to enter a market that was previously dominated by Apple’s iPad and various-manufacturers’ Android-based tablets. Judging by the response that Surface has received from the consumer population, Microsoft’s entry in this niche seems to be playing out well as of yet. The good thing is that the RT version of Windows doesn’t suffer from a serious lack of apps, considering as how a lot of legacy apps are becoming available in their Modern UI versions for the platform. Things do seem to be headed in the right direction.

One of the caveats of using a Windows RT device, however, is Flash. Adobe’s media delivery platform is (or was, depending on how you see it) one of the prime reasons that streaming content over the internet became popular, and animations came into being across the web. While the technology may have died out in terms of new development and support, the fact still remains that half the fun on the internet is lost without it. Unlike Apple, that has banished Flash across its iOS platform since the beginning, Microsoft chose to provide limited support through their Metro/Modern UI version of Internet Explorer 10 on Windows RT. By limited support, we mean that you can only view Flash content on certain websites/domains that Microsoft controls and maintains through a whitelist, constantly updated in the background. 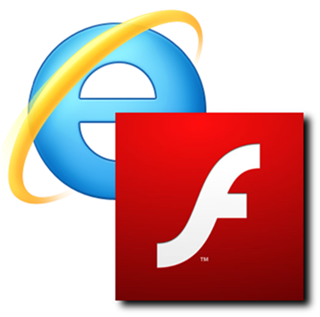 Previously, we brought to you an article on how to add any website to Windows RT’s Flash whitelist for IE10. The process required some manual tweaking of the browser, and if there’s one thing that I’ve learnt so far, it’s people hating taking the manual route of doing things. This appears to be the reasoning behind the development of Windows RT Whitelist Flash Tool, a simple app that allows you to easily add any domain to IE10’s Flash whitelist. 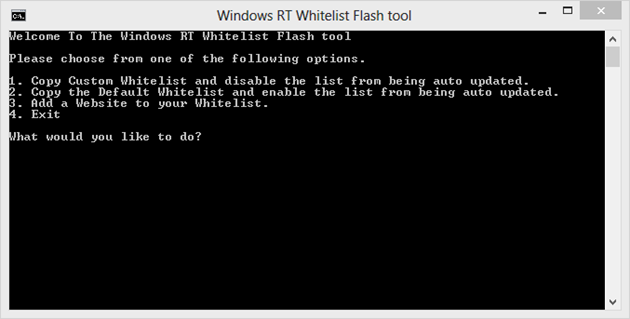 The app basically comprises a BAT script that will allow you to copy the current whitelist and disable Microsoft’s updates (necessary if you want to maintain your manual additions to the list), revert back to default settings, and add any website of your choice to the list. It’s very small and lightweight, and will make all the changes in the background for you, getting rid of any manual adjustments that you might have had to make.

Since it’s a command-line based tool, the functioning is rather crude, but it gets the job done. The good thing is that the developer is hot on the heels of improving the project, and I won’t be surprised if we were to see a GUI emerging some time in the future. For now, it provides a good alternative to the manual method of editing IE10, so if you own a Windows RT-based tablet and use Flash-enabled websites on your device, do give it a try.