We’ve come across fairly interesting and accomplished jailbreak tweaks over the years which iOS users have downloaded numerous times from Cydia. While some have been truly exceptional and innovative, some of them have been created just for the sake of it. The tapUnlock package that is available to download now from Cydia would more than likely be classified as a package created just for the sake of producing something.

It seems that tapUnlock is primarily aimed at those who like to theme their devices, but often suffer with the native Slide to Unlock bar not being themed or the text on the slider not being amended to suit any changes. When downloaded and installed, this package changes the standard sliders that we see on the iOS lock screen into a simple button that can be easily tapped to perform the same task. 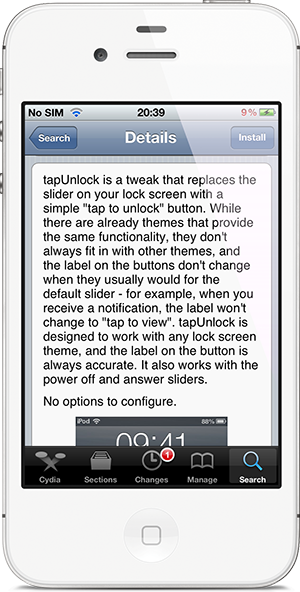 The Slide to Unlock slide now becomes a simple Tap to Unlock button. The power slider that shows up when the power button is held down now becomes a button that can be tapped to power down the device. The slider that appears on an incoming notification on the lock screen is now accessed through a simple tap.

The developer has clearly created this package in an attempt to help those who have suffered the misfortunes of lazy theme developers who have either not bothered to pay attention to the lock screen or have just found it too difficult or technical to get it all working. 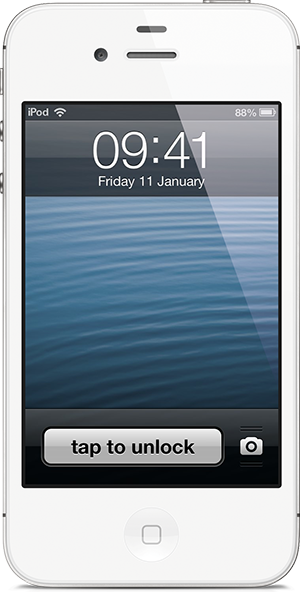 The package is designed to work with any lock screen theme, and the label on the button will always be accurate and will represent the correct method of interaction. It certainly isn’t something I would require on my jailbroken iOS device, but then again, it’s free, and could certainly help those who deal with themes and lock screen customization.

tapUnlock is available as a free of charge download from the BigBoss repository with no specific iOS version requirements being given.