Making different versions of Windows, games or apps run on hardware that they were never intended to run on is something that has long been a favorite pass time of those with the knowledge required to pull off such a feat.

With handheld devices ever increasing in the power stakes, more and more amazing things are being done. 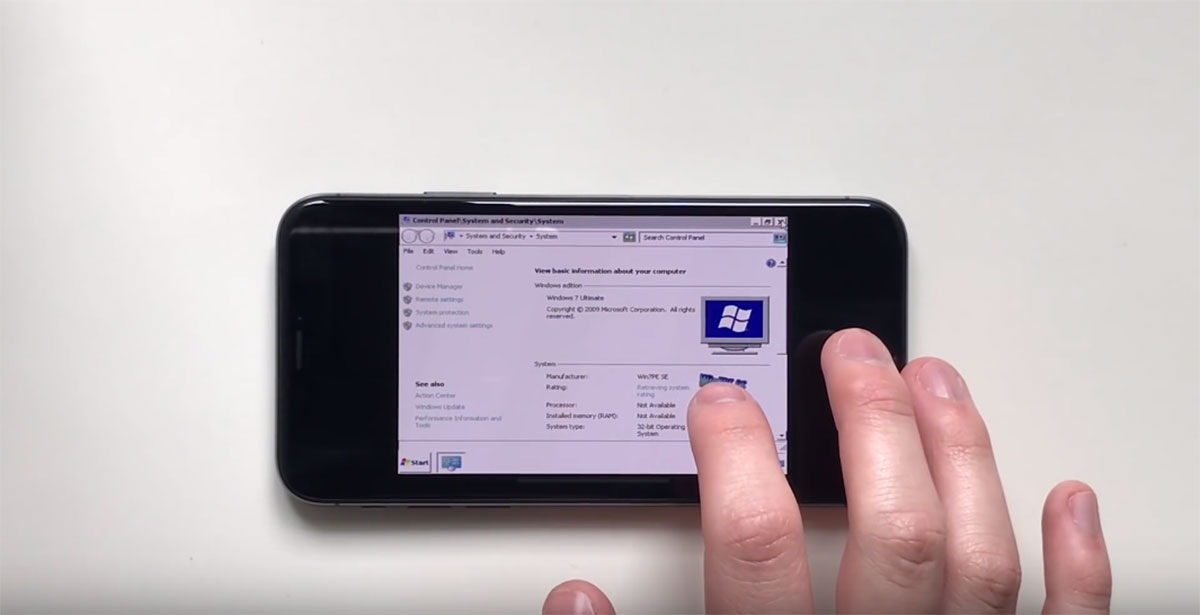 One of those was when someone managed to recently get Windows 95 and Sim City 2000 running on an iPhone X, and now we have that same hardware running a much newer version of Microsoft’s operating system – Windows 7.

The achievement is shown in a YouTube video published by Hacking Jules, and it shows the aforementioned iPhone X running Microsoft’s Windows 7, albeit in a manner that is unlikely to win any performance awards. Firstly, the whole thing takes around 30 minutes to launch Windows and even once it manages that, nothing is even close to being responsive enough to use properly. Still, the fact it is possible at all is certainly something to shout about.

This whole thing is made possible thanks to the iBox x86 emulator, a project which includes 64-bit support and even supports non-jailbroken iOS devices. That project can be checked out via GitHub in all its glory, but for many the video released by Hacking Jules is enough.

There is a long history of Apple’s devices being made to run software that was never designed for them, but none have been as capable as the iPhone X. Modern smartphones are powerhouses packed into tiny boxes, and we wonder how well they would run things like Windows 7 if the driver support was there. For now, we’ll just enjoy what we have.