You can now download iOS 11.3 IPSW links and OTA update of final version with immediate effect for all compatible iPhone, iPad, and iPod touch devices. As always, here are the details.

As you may already know, Apple has been issuing iOS 11.3 pre-release seeds to registered developers and public testers for quite some time now in the hope of getting the firmware up to the relevant standard for a global public release. Just yesterday, Apple dropped iOS 11.3 final for iPad 6 only. 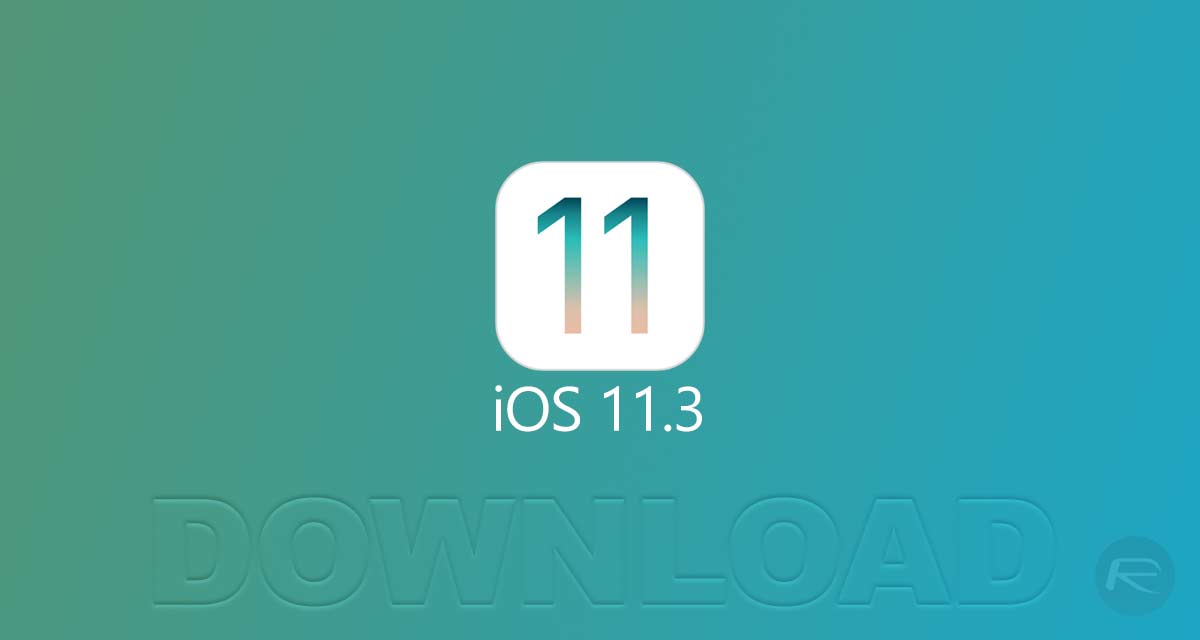 And now, you are able to immediately install iOS 11.3 on all compatible 64-bit devices, or grab the download links for a fresh iTunes install from below after Apple has deemed the platform in a position where it can be consumed by the masses. As always, Apple’s release roadmap has been realized thanks in no small part to the developers and testers who tirelessly put the work in to give feedback.

Like most releases of iOS, both minor and major, iOS 11.3 contains a number of under-the-hood improvements and security fixes which makes the platform a lot more streamlined and safe to use. However, as per the company’s original Newsroom release on the topic, iOS 11.3 is a lot more about the feature additions and improvements rather than the incremental refinements. It’s those features and functionality additions which will convince a large percentage of iPhone and iPad owners to go through the installation process with immediate effect.

In terms of features, those installing iOS 11.3 can expect an improved augmented reality experience in third-party apps thanks to improvements to ARKit taking the framework to version 1.5. Apple has also improved how Health information is handled on the device as well as making large changes to the native Messages experience. The additional Animoji characters have been added for iPhone X users, and a new Business Chat feature now lets consumers talk directly to businesses. There’s also the much talked about Battery Health feature which lets users with devices having degraded batteries manually adjust CPU speed to control battery vs performance situation. 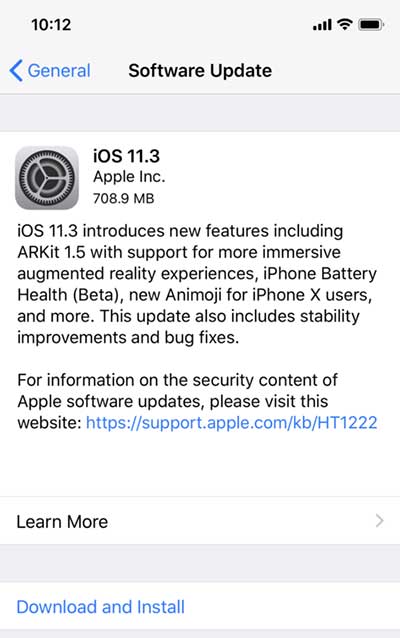 If you are ready to download iOS 11.3, then you can head right on over to the Software Update mechanism (Settings > General > Software Update) on your iPhone or iPad to grab the OTA update right now. Alternatively, if you are after a fresh iTunes install then you can grab the relevant IPSW file for your specific device from the links below.