That’s not all, either, because as a result of running Windows 95 it also seems to be capable of launching Microsoft Word and, amazingly, SimCity. 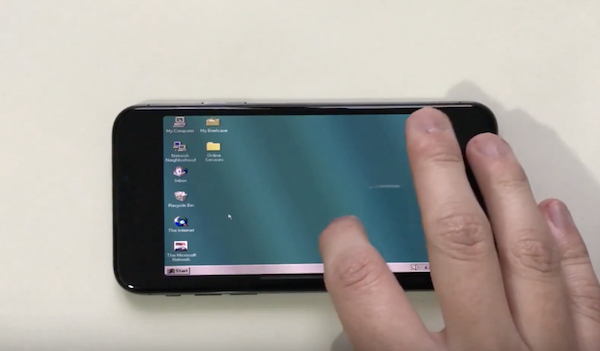 The video, available on YouTube and with a surprisingly small number of views – 297 – at the time of writing this, is published by YouTuber “Hacking Jules.” Through the course of almost five minutes it shows an iPhone X being used to start Windows 95, with touch gestures working as you might expect and an on-screen cursor interacted with by swiping around the desktop. Launching SimCity works as you might expect, and the use of Word even includes an on-screen keyboard and successful text input.

Jules says that this is all made possible thanks to PowerDOS emulation, and to be absolutely honest we now just want to see a video of the iPhone X running Doom or anything else from our childhood, although SimCity 2000 is still perhaps the best version of that game, period. Excellent choice there, Jules!

The idea of an iPhone or iPad running an ancient version of Windows is not new, but this is the first time we have seen an iPhone X used for such a feat. There is something beautiful about a 20-year-old version of Microsoft’s operating system running on a 2017 flagship smartphone, though we suspect Steve Jobs would see things differently!