Tesla, which is owned by serial entrepreneur and billionaire Elon Musk, may be predominantly known as an innovative electric vehicle company which produces the stunning Model S and more recently introduced the stunning new Tesla Roadster and Tesla Semi, but it seems the company is taking a stab at the consumer electronics accessory market yet again.

Inspired by its own supercharger monument at the Tesla Design Studio, Musk’s company has introduced the portable Tesla Powerbank, capable of instantly charging mobile devices on the move.

The new Tesla Powerbank is likely being introduced as an ownership or collection piece for those who want something quirky, but ultimately useful, rather than a serious money-spinning product designed to finance the business, but it’s still a gorgeous piece of simplistic design. As mentioned earlier, the design has been based on the company’s supercharger monument and features a pull-out Lightning connection for Apple’s iPhone and iPad.

It’s also got a micro USB connection for all those other devices, such as popular Android devices. 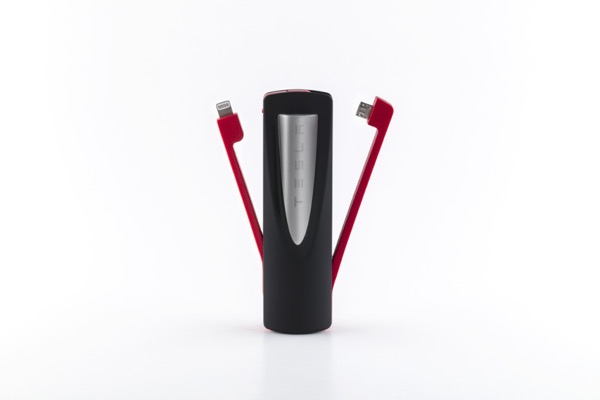 However, there’s no USB-C, which seems like somewhat of an oversight for a brand new product of this nature, especially when you consider the most recent Android flagships from the likes of Google and Samsung are charged via USB-C. Still, there will be a seriously large market out there for something like this, especially at this relatively low price-point. Consumers will get a product which comes with a charge status indicator, as well as a single 18650 cell with a 3350mAh capacity. That’s definitely enough power packed in to get the most power hungry iPhone up and running from 0 to 100 percent. 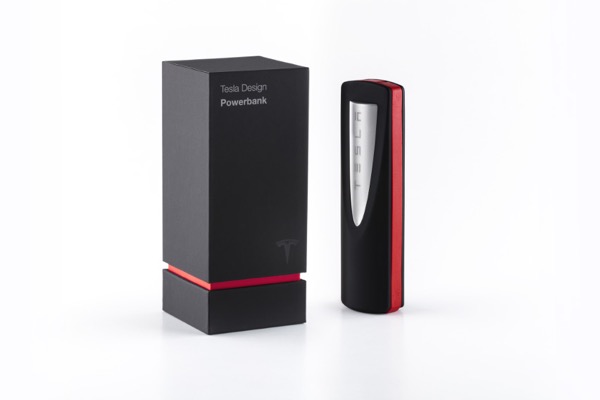 Interestingly, for those who like quirky facts, the battery cell within the Tesla Powerbank is the exact same cell which powers the company’s Model S and Model X vehicles. The only difference is that this little accessory comes with a single cell only, whereas the electric vehicles have approximately 7000 of them stuffed inside to keep the vehicle on the road for as long as possible.

The extremely compact and well-designed Tesla Powerbank is available to purchase right now, directly from Tesla.com, for a very reasonable $45. Of course, you may need to actually wait for Tesla to restock its inventory as it appears to have been an extremely popular purchase. 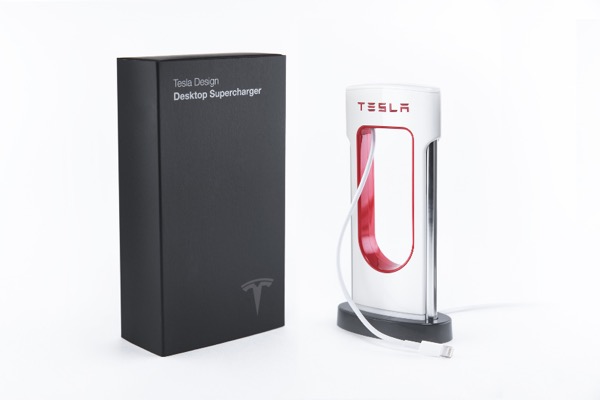 The $45 Tesla is asking for Powerbank is same price as its Desktop Supercharger.