Tesla Announces New Roadster Supercar Of The Future And Semi Truck, Here Are The Details

As Tesla continues to become the company we all wish Apple was, and to some extent the company it was, the car maker continues to use technology to change the way the world works. Apple first did it with the Macs, then majorly with the iPhone, and to a lesser extent, the iPad, and now Tesla is doing it with cars and, yes, trucks. The company announced one of each yesterday, and they are both mightily impressive.

Starting things off with the car, what was announced is an updated version of the car that started it all off – the Tesla Roadster. 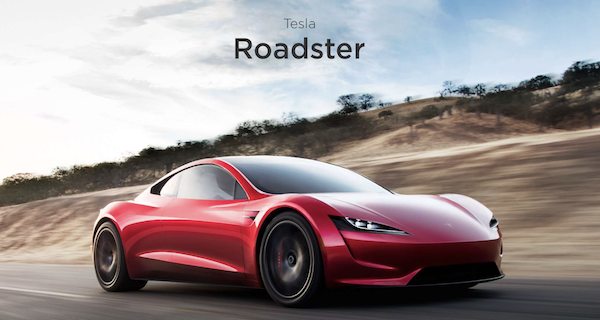 The new version is no less striking to look at, and the model shown off by the company was bright red, making it look super sporty. Even without seeing the thing in real though, it’s possible to get very excited just reading the spec sheet. Thanks to three motors, the new Tesla Roadster, set to be fastest production car on the planet, will be able to breach 60mph in just 1.9 seconds, and keep going all the way up to more than 250mph. Those are insane numbers for any super car, let alone an electric one. Reaching 100mph only takes 4.2 seconds, too, and if you like your quarter mile numbers then the Roadster has you covered here, too – just 8.9 seconds to cover. Oh, and founder Elon Musk claims that this is just for the entry level car – there could be a more capable version arriving at some point in the future.

Speaking of the future, the Roadster will not be available until 2020, but when it does arrive it’s fair to say it will be quite the machine. With a range of 620 miles and a new internal layout that somehow looks even more futuristic than what is in existing Tesla cars, this is undoubtedly the supercar of the future. Those interested can expect a $200,000 price tag with a $50,000 reservation.

But what about the truck of the future?

Tesla Semi should have that covered, too. Set to enter production in 2019, the truck is powerful, and not just for hauling things. Unladen, a Tesla Semi will reach 60mph in just five seconds. Add the maximum 80,000 pound load and that increases to 20 seconds which is still a huge improvement over a conventional diesel truck. That power is helpful when going up hills, too. A traditional truck can take a 5% grade at a maximum of 45mph, whereas Tesla’s option can do it at 65mph. 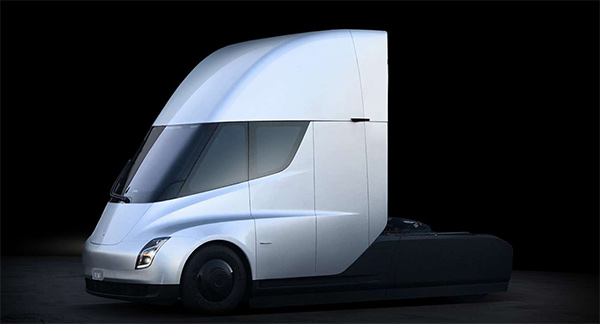 Charging the new truck will need a new charger, with a Megacharger able to give the Semi around 400 miles of range on a 30 minute charge. Safety is improved here, too, because with a motor on every wheel a jack-knifing is apparently impossible, something that traditional trucks cannot compete with. Other safety measures include self driving capabilities including one which can detect a driver falling asleep, reducing speed and contacting the emergency services if there is an accident. All in, the Tesla Semi looks super impressive, just as you might expect. 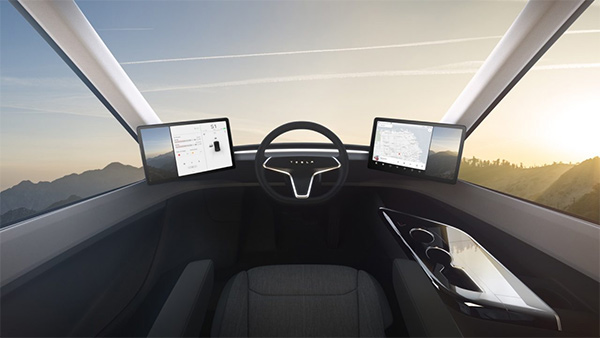 While the Model S is still fresh, Tesla has announced two new ambitious projects and while they could not be more different in their target markets, both are unmistakably one thing – designed by Tesla.