Reports are coming in that Apple is already working on Apple Watch hardware and software updates, just a month into the release of the wearable gadget. Purportedly, the upgrades include better security, health and fitness features, and a bunch of connectivity enhancements including support for more Apple products. The company is also reportedly working on a new SDK – TVKit – for the Apple TV as well.

Even before the Apple Watch with its Watch OS 1.0 went up for sale, it was evident that the company’s first ever wearable would receive some major software and hardware updates within a year, pretty much like the iPhone lineup. Now according to sources cited by 9to5Mac, the details are beginning to come in regarding what Apple fans can expect from the next version, 1.1 or 2.0, of Watch OS. 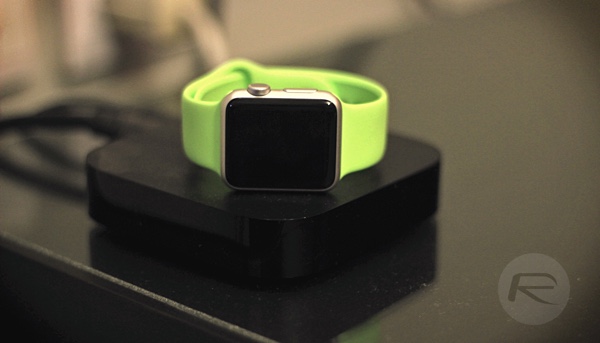 For the Apple Watch, first up on the list of updates is a much needed watch finding app called ‘Find my Watch’, which will still rely on the iPhone to help a user locate it. The report suggests that the watch will “use its wireless signal to establish its location relative to the iPhone, and will optionally be able to notify a user if the iPhone is accidentally left behind.” There’s also talk about Apple priming up the watch for supporting the next-generation of Apple TV, where the Apple Watch is intended to be used as a primary input device for the set-top-box.

Work is also underway for allowing developers to build native apps for the watch, while Apple itself is working on allowing support for third-party watch face Complications as well, which includes “small widgets indicating activity levels, battery life, alarm clocks, upcoming calendar events, and the current temperature on many of Apple’s included Apple Watch clock faces.”

The next-gen Apple TV is expected to be announced this June, and could support Siri, as with added support for third-party apps as well. The rumored ‘TVKit’ will be targeted at developers to support them in building apps for the platform. The sources have added that the new devices will also integrate with ‘Live TV,’ Apple’s upcoming cable-replacement service, and while the final release would see a much slimmer box compared to the existing one, existing prototypes carrying support for live TV are substantially chunky.