If you’re a fan of the new animated emoji characters that come as part of the Apple Watch, then you’ll be pleased to learn that you can download all 153 of them for your device as GIF images and use them anywhere you like. More details on this can be found right here.

Both one of the most loved and yet head-scratch-worthy features to make it to the Apple Watch, the new animated emoji are big, colorful and certainly bold and Apple is hoping that they will make it possible to convey most emotions on a device that doesn’t have a keyboard to do it properly. Whether it succeeds or not, we’ll let you be the judge, but you can’t fault Apple for the sheer number of options on the table.

Which brings us back to the GIFs we were talking about in the start. 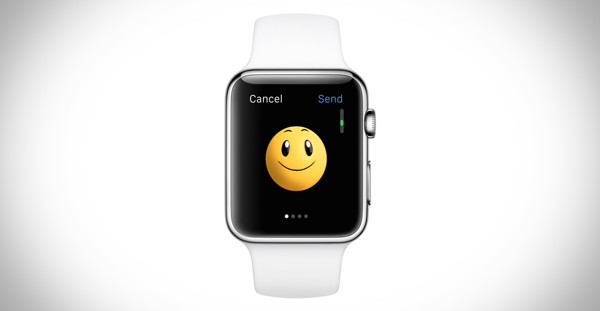 German site GigaApple has published downloadable animated GIF images of the new Apple Watch emoji characters all in one place so you can utilize them however you may like – including messaging, social networks etc. And for your convenience we’ve added some here so you can check them out.

We’re not all huge fans of the emoji if we’re honest, and we’d like to meet whoever OK’d that bouncing face during software testing so as to give them a good shake by the shoulders, but we can at least concede that some people may like them. If you do, then feel free to check out the 153 variations on offer, and most importantly, enjoy.

Simply head over to the source link below and save the GIF images onto your device so you can utilize them later in places which can only be left to your imagination.