On the face of this planet, if there’s one service that’s truly popular after Facebook, that’s Twitter. The microblogging platform has grown into so much more than where it started from, similar to how the largest social network – Facebook – evolved. Twitter has become the number one source for keeping abreast with people from almost all walks of life, especially celebrities. Now, who is a bigger celebrity than the POTUS – President Of The United States – himself? It appears that six years in the office, President Barack Obama finally has his own Twitter account which he will handle directly, and he sent his first tweet using an iPhone, of all devices.

The first ever tweet from President Obama, just announcing his arrival on the famous microblogging platform, gained thousands of favorites and retweets in a manner of seconds. His first statement, from the official Twitter handle of @POTUS, simply states, “Hello, Twitter! It’s Barack. Really! Six years in, they’re finally giving me my own account.” All we can say is, welcome, Mr. President. It’s good to have you here. 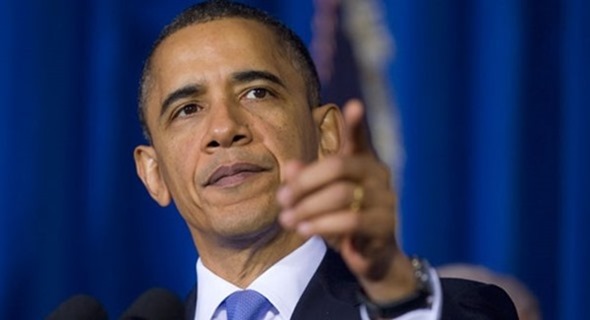 The second major highlight of this news is the fact that the tweet was sent using the official Twitter app for the iPhone. Not any third-party client, not any other smartphone platform; it’s plain and simple Twitter for iPhone. 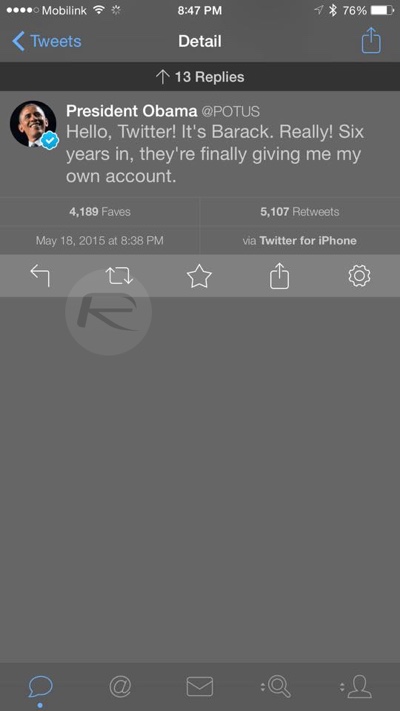 President Obama’s other account – @BarackObama – is run by his Organizing for Action staff, with occasional tweets being signed by the President as ‘-bo’. This new account, as we mentioned before, will be managed directly by the Commander in Chief himself, and his aides won’t be involved during the tweeting process. But judging from the handle of @POTUS, it’s likely that this very same account will be used by future Presidents as well.

What Twitter has successfully helped in achieving is making direct contact with celebrities possible for ordinary people, and this is just another step in that direction. It also shows that The White House fully acknowledges the importance of leveraging social media, and putting the President in people’s reach – in a good way – is definitely an appreciable step.