The Apple TV Remote app, previously only available for iPhone and iPod touch, has been updated with support for the iPad.

Following the final release of tvOS 10.2 for the fourth-generation Apple TV, Apple decided to expand support for the Remote app to its tablet. Official support for the iPad means the app’s UI has been tailored to work with the larger screen of the device, for now, offering a simultaneous view of both Apple TV controls and the Now Playing screen as well as the ability to drag the app’s basic controls to a prefered edge of the screen. 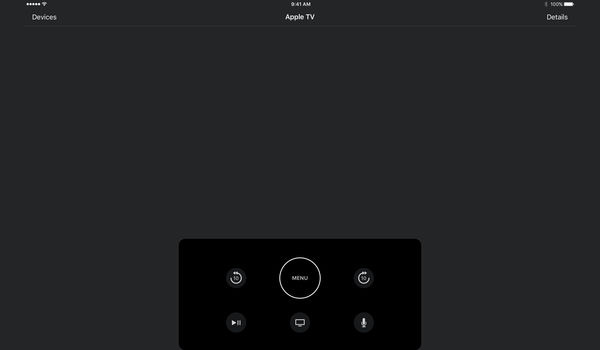 The changelog for the new update doesn’t end at support for the iPad, however, with the app now sporting a new and improved Now Playing screen that offers lyrics, playlists, chapters, audio tracks, and the ability to select captions for movies and TV shows.

Bug fixes have also been mentioned, though as is usually the case with App Store changelogs, only in passing.

• Support for iPad
• Enhanced Now Playing experience with lyrics and playlists for music and chapters, audio tracks, and captions selection for movies and TV shows
• General performance and stability improvements

Given that the app’s purpose is to act as a software alternative to the physical remote that comes packed with Apple’s set-top box, the app might not be the best fit for the iPad as it isn’t exactly the most portable of mobile devices. That said, the way the app makes use of the iPad’s extra screen real estate might just make it worth the effort it’ll take users to lift the larger device off their bedsides. 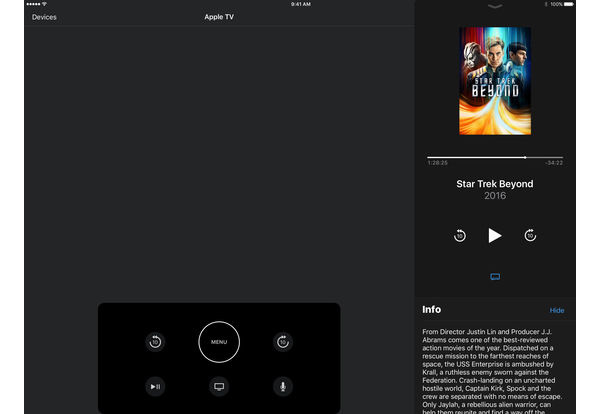 Apple TV Remote for iPhone, iPod touch, and now, the iPad as well, continues to remain free and can be downloaded from the App Store. If you already have the app installed and it hasn’t yet been updated to the latest version 1.1, simply launch the App Store app on your device to manually update the app.