Facebook is in the process of rolling out a new update to its main iOS and Android apps which pretty much seals the clone of Snapchat’s main functionality.

Facebook hasn’t really been able to hide the fact that it sees Snapchat as a huge competitor for the attention of teens who are increasingly using video and photographs to communicate, and, as such, has been on a mission to introduce functionality into its suite of apps which some may say mimics the functionality found within Snapchat. This latest move will do little to dismiss that speculation. 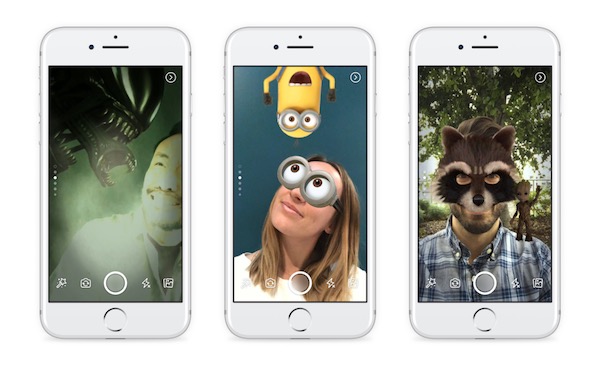 As part of its move into attempting to recreate the appeal of Snapchat, Facebook has finally moved away from Instagram, Messenger, and WhatsApp in favor of updating the main Facebook app for iOS and Android. The new updates to the main Facebook app takes a three-pronged approach. First of all, there’s a redesigned camera experience within the Facebook app designed to introduce new Facebook Camera Effects. There’s also a new Facebook Direct feature, and a very lazily named Facebook Stories implementation to complete the overhaul.

Instagram users will likely already be familiar with Facebook’s vision for Stories. This functionality was introduced last August, which is essentially a collection of photographs and videos designed to disappear after 24-hours, but has now brought that into the main Facebook app across iOS and Android.

The other two implementations – Facebook Camera Effects, and Facebook Direct – both tie into that Stories functionality and can be thought of along the lines of Filters and Snaps within the Snapchat feature set. 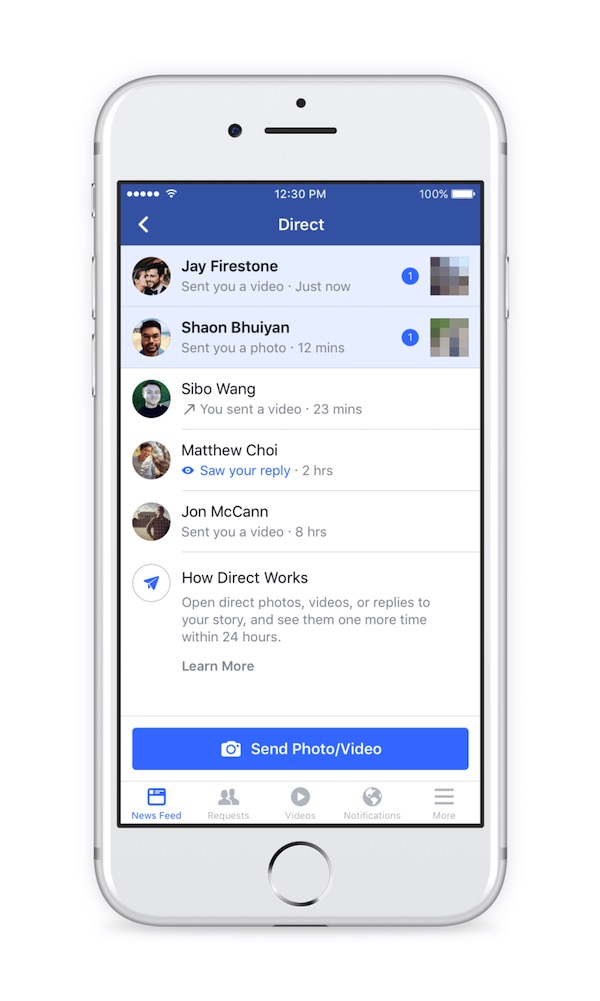 Facebook Stories will allow users to instantly share disappearing videos and photographs with connections, with those viewing the media only able to do it once before they respond. The new Facebook Camera Effects allow those videos and photos to be taken and uploaded with the choice of dozens of special effects, such as the inclusion of masks, miscellaneous frames, and interactive filters. 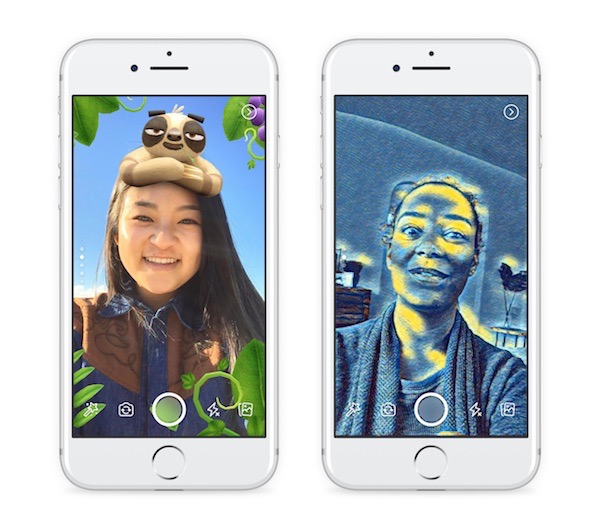 There will also be the addition of special, limited edition options which will be inspired by popular movies in an effort to appeal to the younger generation. Connor Hayes, Product Manager at Facebook, has suggested that the “way people create content is changing to be from text to photos and videos”, which appears to at least be the official motivator for these functionality upgrades.

Facebook is in the process of rolling out the changes to iOS and Android users.