Final versions of watchOS 3.2 and tvOS 10.2 for the Apple Watch and Apple TV are now available to download.

After going through a period of beta testing which predominantly involves Apple’s own internal teams as well as those registered as developers and public testers, the latest firmware for Apple’s wearable and fourth-gen. set-top-box has been released to the public. 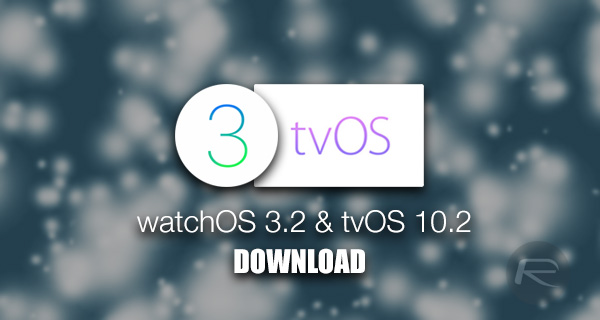 Those who adorn their wrists with an Apple Watch – either the original, Series 1 or Series 2 model – will instantly be able to enjoy the new grandiose-sounding Theater Mode as introduced by Apple with watchOS 3.2. In addition to giving a sense of extravaganza, the new mode essentially acts as an easy way of setting the installed Apple Watch up for dark and quiet environments, such as a Theater, or a cinema as other parts of the world would call it.

As with most of other platform updates, watchOS 3.2 also introduces an improved underlying SiriKit experience with additional power and capabilities, as well as miscellaneous bug fixes and performance enhancements which should make the Apple Watch a much nicer product to use and interact with.

The watchOS 3.2 update can be downloaded over-the-air by Apple Watch owners using the update mechanism found in the Watch app on a connected iPhone running iOS 10. Before updating, make sure that Apple Watch is charged up to at least 50% or plugged into a power source.

For detailed instructions on how to install the update, head over to our guide here: How To Install watchOS Update On Apple Watch [Tutorial].

Aside from being one of Apple’s newest hardware and software combinations, the Apple TV and underlying tvOS are also amongst the most exciting and fastest growing in terms of capability and feature adoption. This latest upgrade, taking tvOS to version 10.2, is a continuation of that growth, albeit a relatively small one.

The release brings the usual miscellaneous bug fixes, improvements, and incremental enhancements designed to make the Apple TV a more stable platform. Rather than pushing out any real outward-facing changes, Apple has also focused on the improvement of SiriKit, bringing the video player framework to the tvOS SDK, and making apps that are built on UIKit more stable.

Those who are fortunate enough to be able to enjoy the entire fourth-generation Apple TV experience can now head on over to the Software Update mechanism via the main Settings menu on the device and grab the latest tvOS update as an over-the-air update right now. Detailed instructions on how to install the tvOS 10.2 update on the Apple TV can be found here: How To Install tvOS OTA Update On Apple TV 4.