Apple has silently removed white iPhone 4 option from its online store website. This move has come following the confirmation by an Apple representative who claimed another delay for the elusive handset until spring 2011, and the rumors of it being cancelled altogether in favor of iPhone 5. 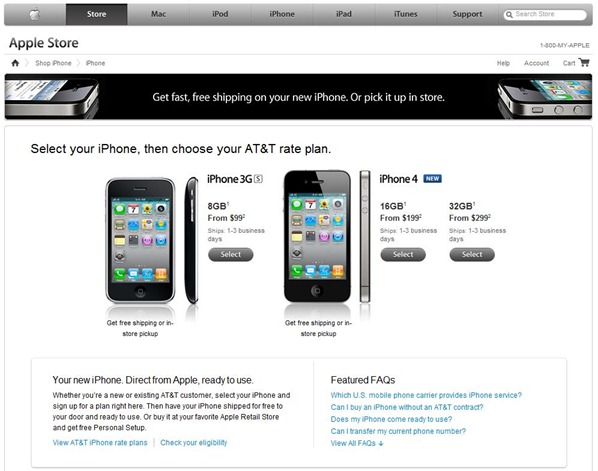 Previously, there used to be an option for the white iPhone 4 with a little text under the image which read: "White iPhone currently unavailable for pre-order or in-store pickup”.

White iPhone 4 was first delayed back on the launch day when it was pushed to July, the second one was in July when it was delayed till “until later this year”. And then recently, Apple delayed it again until spring 2011.

Light-leakage has been tipped as the number reason behind all these delays.