After a few weeks of beta testing Apple and Google have now made their Exposure Notification API available to public health authorities around the world. The aim of the API is to allow developers to create apps that will keep tabs on who has come into contact with coronavirus patients.

The API is now available as part of the newly released iOS 13.5 update with Android users automatically getting the feature via Google Play Services. Nothing will function without a compatible app, however, so keep an eye out for your own local authorities releasing one.

Google and Apple both released a joint statement, saying that the API will help developers produce apps that work better than without it.

To help, Apple and Google cooperated to build Exposure Notifications technology that will enable apps created by public health agencies to work more accurately, reliably and effectively across both Android phones and iPhones. Over the last several weeks, our two companies have worked together, reaching out to public health officials scientists, privacy groups and government leaders all over the world to get their input and guidance.

Apple and Google are keen to make sure that users are aware that this does not mean that they have now released an app, but rather something that will allow developers to create more effective software solutions. 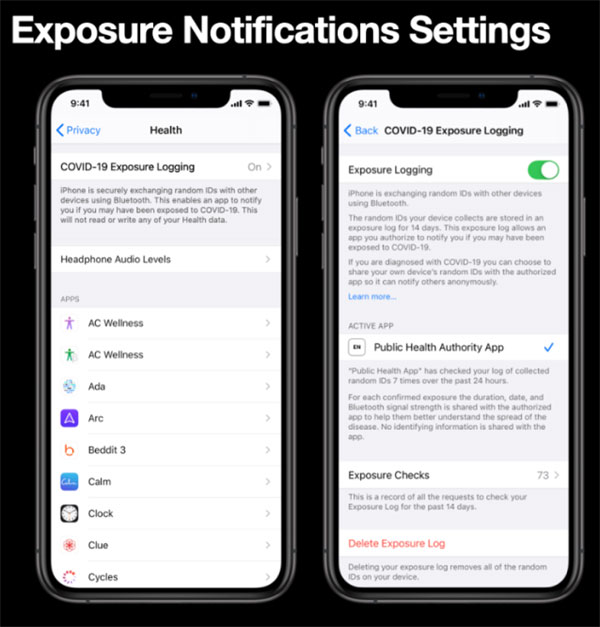 Starting today, our Exposure Notifications technology is available to public health agencies on both iOS and Android. What we’ve built is not an app—rather public health agencies will incorporate the API into their own apps that people install. Our technology is designed to make these apps work better. Each user gets to decide whether or not to opt-in to Exposure Notifications; the system does not collect or use location from the device; and if a person is diagnosed with COVID-19, it is up to them whether or not to report that in the public health app.

Ultimately all of this will require user adoption at a huge scale and that’s always doubtful, especially when the uninformed may not understand that their privacy is not being impacted here.

Now we wait for compatible apps to be developed and released to go alongside this new API.