Amidst the ongoing Apple vs. Google battles, is the Android Wear vs. iOS conundrum, where an acclaimed developer is demonstrating how he is able to connect his Android Wear powered Moto 360 smartwatch with his iPhone. This latest video shows how the developer is able to control his iPhone music with a Moto 360 smartwatch. Amazed? Head over the jump for more.

Mohammad Abu-Garbeyyeh is the same developer who caused some serious stir in the blogosphere when he released a video showcasing how he was able to push iPhone notifications to his Android Wear powered Moto 360 smartwatch. As if that didn’t have enough people intrigued, he decided to take it up a notch and showed us how the wearable can be used to answer calls coming in on the iPhone. 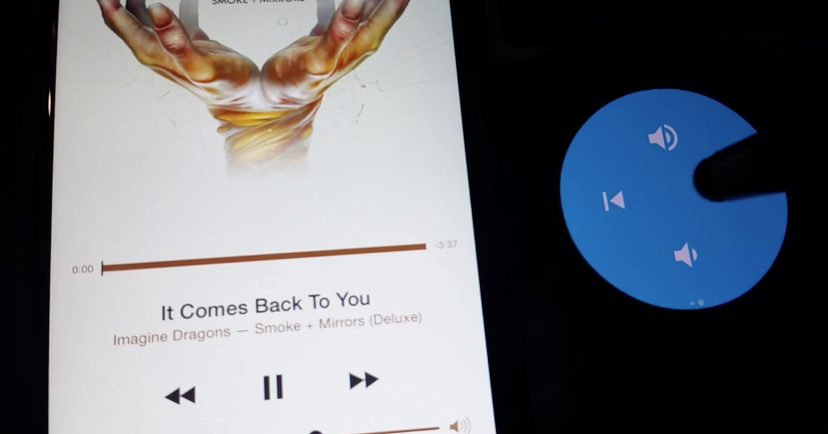 The latest video from Abu-Garbeyyeh is about that all-important control over music playback on your iPhone. The demonstration shows us that the Moto 360 is able to perform all basic functions for music playback, including play / pause, next / previous, and volume increase / decrease. As we saw in the first video demonstrating the notifications, the playback controls were lightning fast with no lag whatsoever. If you had followed Abu-Garbeyyeh’s videos before, you would know that all these results can be achieved without needing to jailbreak your iPhone, and in fact all of this is achieved by installing a custom built APK file on the Android Wear watch.

Abu-Garbeyyeh had tweeted earlier this month that there’s a good reason for not releasing the custom APK which is being sought after by plenty of users out there. The tweet read “Everyone asking about my Android Wear + iOS APK, I’m not holding it for no reason, it’s not polished enough for an initial release.”

But if his recent tweets are anything to go by, it won’t be long now before it’s released to public.