A developer has managed to make Moto 360 Android Wear compatible with his iPhone 6. More details and video demo can be found after the break.

With the April bound Apple Watch being touted as the wearable device to have for all iPhone users, there is still a subset of iOS customers out there in possession of an Android Wear powered smartwatch which, as you can imagine, works with Android devices only. 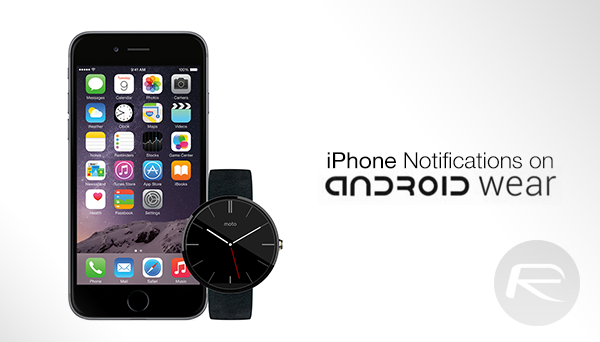 However – @MohammadAG – an Android developer, has managed to achieve something that many might consider to be borderline blasphemous, where he teases us with a video of his iPhone 6 pushing notifications to his Moto 360 smartwatch. For those of you unaware of this fact, Google’s Android Wear OS does not support Apple’s mobile platform at all and is strictly confined to the Android ecosystem, but this is where developers like Mohammad Abu-Garbeyyeh come in, who s known quite well for his work on modules for the Xposed framework on Android, hence that is reason enough for us to put a green tick on his credibility.

So how’s the Android Wear powered smartwatch working with an iPhone 6?

Interestingly, according to the developer, even though his iPhone is jailbroken, there is no such need for merely pushing notifications to the smartwatch – in short, you don’t need a jailbroken device to make it all happen. What he has done however, is install a APK on the Moto 360 (no root necessary), allowing the device to communicate with an iPhone, making it fully compatible with Apple’s Notification Center Service (ANCS). In short, the Moto 360 is able to communicate the same way a Pebble smartwatch does with the iPhone; over Bluetooth LE and using Apple’s official APIs. 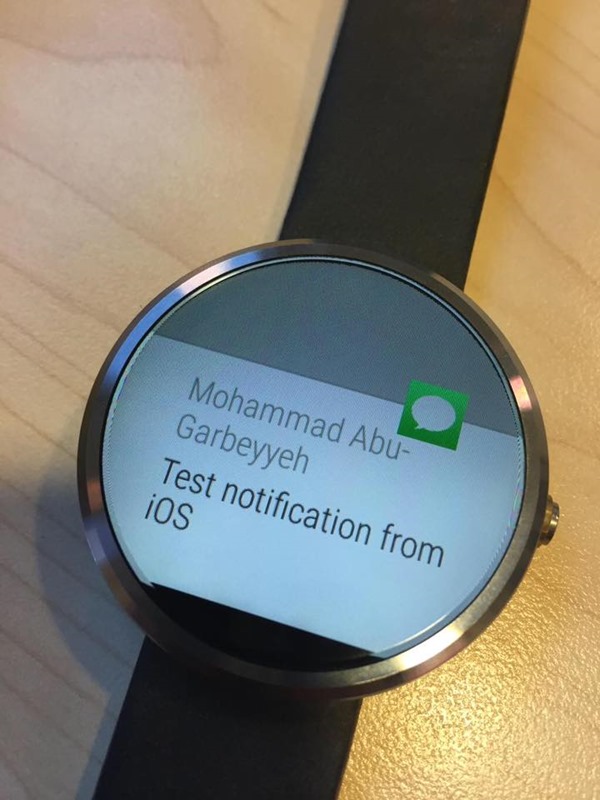 Awesome news indeed, but for now support is only limited to notifications, though this is the first step in the right direction as it seems. There is no denying that supporting apps, health trackers and its data, Google Now, etc. would require intensive efforts from the developer, and this would be unlikely without a jailbroken iPhone.

If you were looking to get an Android Wear powered smartwatch, do not let this news be the reason for that, since there’s no guarantee of extended support reaching your wrist wear anytime soon.