Want to quickly and easily type the Apple logo icon or symbol on your iPhone or iPad using the default iOS keyboard? Here’s a quick guide on how you can do just that, right after the jump.

The Cupertino company is looking to incorporate the Apple branding, particularly the logo, as a front runner for some of its new products, most noticeably the Apple Watch, which in the world of branding is presented as the Apple logo followed by “Watch”; hence the Apple Watch. If you want to use the logo as part of your communication, OS X has you covered with its plethora of symbols and all, but the iOS keyboard is far from such a deal. However, here’s how you can add the symbol to any string of text right from the iOS keyboard. 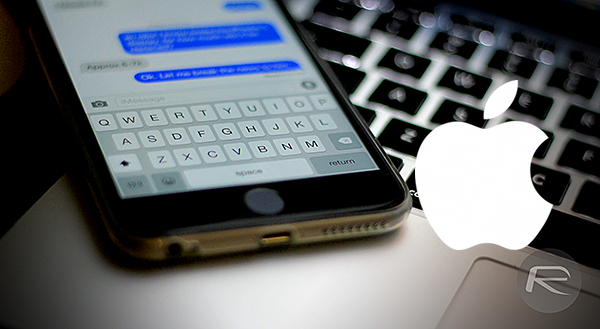 What we’ll be doing is, using a Mac to email that Apple symbol to ourselves, and add that symbol to iOS Keyboard Shortcuts. Some of the more seasoned iOS users would have already understood what we’re aiming to do here, but just in case, here’s a step by step guide.

Step 1: On your Mac, launch the Mail app, and start a new email composition.

Step 2: Simply add the Apple symbol to the email body by pressing the ‘Option’, ‘Shift’, and ‘K’ keys together. Make sure you use the Helvetica font as the Apple symbol is not mapped out to all fonts on your Mac.

Step 4: On your iPhone or iPad, open the new email received and copy the Apple symbol.

Step 5: We need to enter this in keyboard shortcuts now. Launch the ‘Settings’ app and head over to General > Keyboard > Shortcuts.

Step 6: Hit the ‘+’ symbol on the top right corner to add a new shortcut. 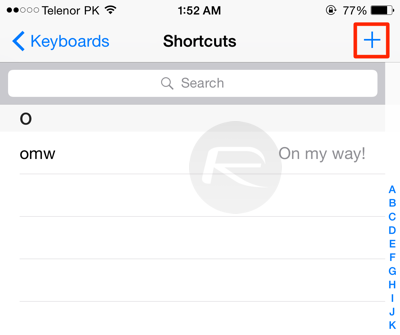 Step 7: In the ‘Phrase’ field, paste the Apple symbol, and type in a word or characters of your choice in the ‘Shortcut’ field.

Step 8: When done, simply hit the ‘Save’ button on the top right, and you’re good to go.

Go ahead and try it out. Now whenever you will type this new shortcut anywhere on your iOS device or Mac, you should see the Apple logo symbol. This trick can be used for a multitude of other symbols as well.