The Samsung Galaxy S6, S6 Edge are due to hit shelves next month, but as has become a norm for Android powered flagship phones these days, the stock wallpapers from the devices are already here and are available for download. Head over the jump for the download link.

Samsung hasn’t always had the best taste in colors, especially when it concerns its now-improved TouchWiz UI. Typically, the company has always went with a color pallet that is both vibrant and flamboyant in the attempt to achieve those perfect contrasts that its homegrown AMOLED displays can produce. This is reflected in not just the UI, but the stock wallpapers as well, which evolved into a more texture resonating renders over time for a more sophisticated look. 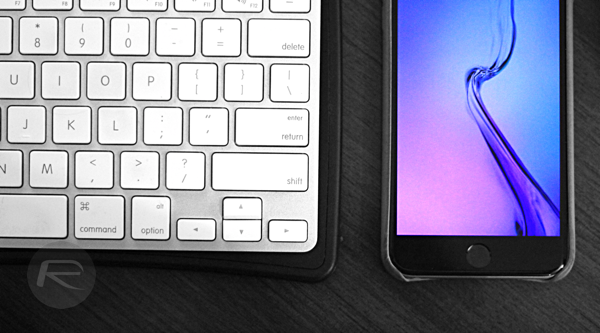 However, if the stock wallpapers on the Galaxy S6, S6 Edge are anything to go by, not only has Samsung moved away from the traditional hardware and design language for the phone, but the wallpapers seem to have been toned down a bit as well in what is a major abandonment of flair and selling point.

Majority of the wallpapers this time around are softer, both in color, and design as well, with the occasional spill of palette in focus. There are also a lot of curves to be seen in the backgrounds, something that blends in well with the curved edge display found on the Galaxy S6 Edge.

Interestingly, two of the wallpapers in the list seem pretty familiar, where both can be found as stock walls on the Galaxy Tab, though one of them, whilst maintaining the original design, has been given a new color scheme. Samsung is also throwing in two wallpapers which clearly highlight Samsung KNOX, the Korean giant’s Mobile Enterprise Security initiative. If you’re looking for signs of the old Samsung you used to know, there is that one prime-colored wallpaper to set that Quad-HD display alive with reds, yellows, blues and more. 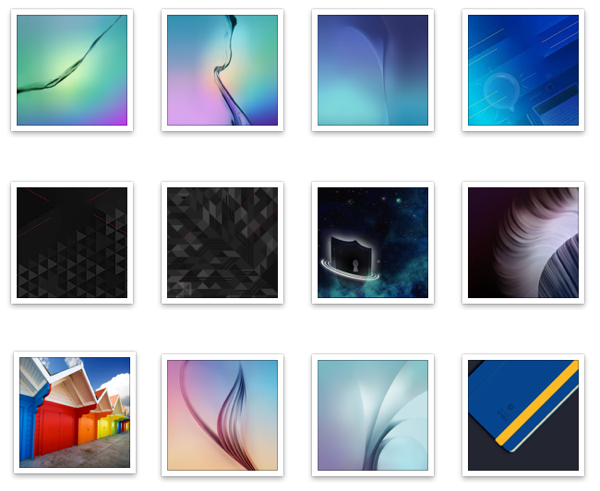 This would be the first time that Samsung has gone with such subtle wallpapers for any of its flagship phones, and it’s a clear sign that the Seoul-based electronics giant is not fretting over the epic Super AMOLED screen this time around, with more focus on premium built quality and sophistication.

You can download the Samsung Galaxy S6, S6 Edge wallpapers from here.