This Widget Lets You Dial, Text Or Save A Phone Number From Anywhere In iOS

A new iOS widget brings easy phone number dialing and iMessage composing to Notifcation Center, but be quick, because you never know how long it will last.

Apple’s stance on what can and cannot be done in a Notification Center widget is well documented by the Internet’s press, even if it’s not well layed out by Apple itself. The decisions on whether a widget can live on the App Store have been made seemingly on a whim at various junctures of late, so we’re always interested in widgets that seem to be pushing the envelope. Or maybe just pushing their luck. 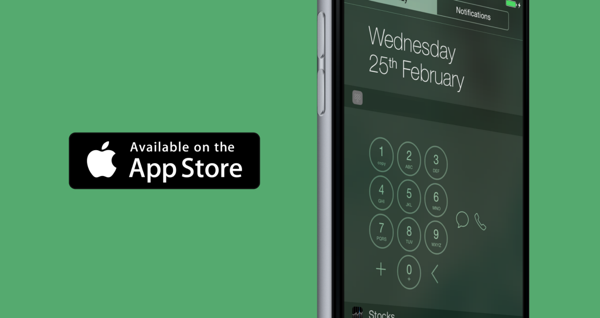 A $0.99 widget – developed by Raviraj Minawala – Addial brings the dialer to the Today view in the iOS Notification Center, and given the way Apple can be very protective of that particular iOS real estate, we’re a little surprised to see it make its way into the App Store at all. Whether it will stay there is a completely different matter though, so if you do want a dialer in Notification Center, then get it now while you still can. 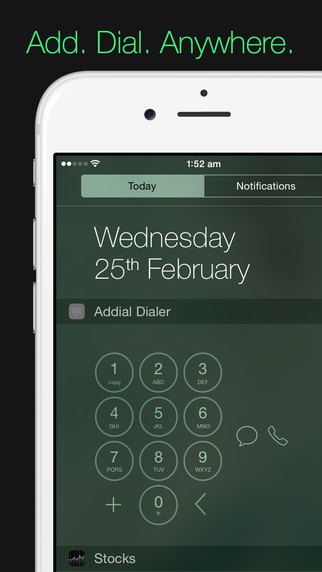 If you do pay your dollar, you’ll get a dialer that has copy and paste functionality as well as the ability to save phone numbers to your list of contacts straight from the widget itself. You can initiate both calls and iMessages from the interface should you so wish, and the whole thing fits in well with the iOS aesthetic, even if the layout could be a little better in our humble opinion. 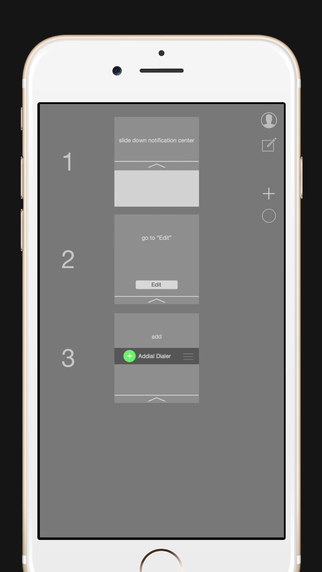 Right now Apple seems to be in a state of flux as far as app rejections are concerned, with some popular widgets finding their way back on to the App Store months after being told they wouldn’t be allowed to see the light of day. If Apple is relaxing its stance on what a widget can do then that would explain why Addial exists. If Apple is being as inconsistent as we all know it can be though, don’t be surprised if Addial is gone from the App Store at some point.

If you want it, we suggest you get it now before it’s too late.

If you’re looking for a free alternative, then give YoBu a shot. It lets you dial phone numbers right from Notification Center, and best of all, you can access your contacts from the widget too. But sadly, it doesn’t feature iMessage composition.