YoBu is a free Notification Center widget that lets you quickly dial and call phone numbers without having to launch any app, but it might not be along for long.

When Apple announced widgets were coming to the iPhone and iPad, one of the concerns was that it would turn into a free for all that saw widgets being released for just about anything. Apple tried to stop that from happening by imposing restrictions on what a widget could and could not do, and there was even a handful of high profile app rejections including the likes of Drafts and PCalc. Some oddities still slip through even today though. 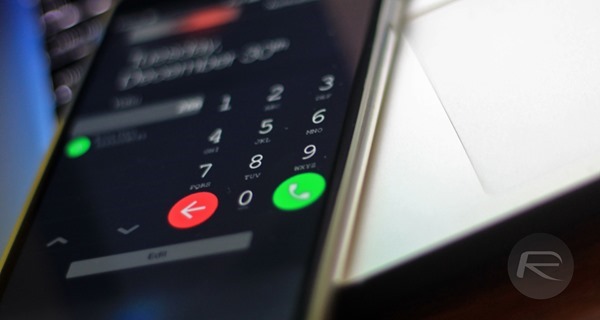 By oddities, we mean widgets that we never would have expected to see the light of day on iOS, mainly because it fits squarely into the camp of things that the app review team should be rejecting based on past goings on. Thankfully though, YoBu not only made it onto the App Store, but it’s also gained functionality since too. 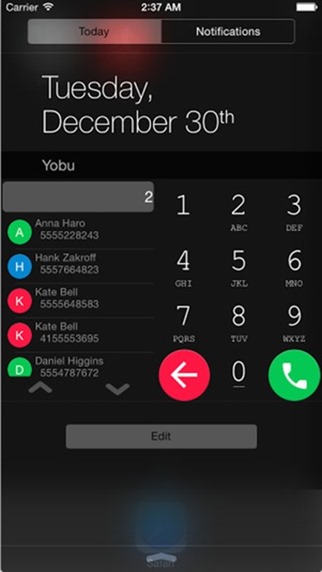 Looking at the widget itself, you’ll find a number pad and a call button which is pretty much all you need if you’re going to make a dialer. Being able to make calls from Notification Center is something you’ll either make a lot of use of, or just don’t understand the point of. We’re not sure which side of the line we sit if we’re honest, but we can see a case for making calls without first having to unlock your phone – in certain situations at least. 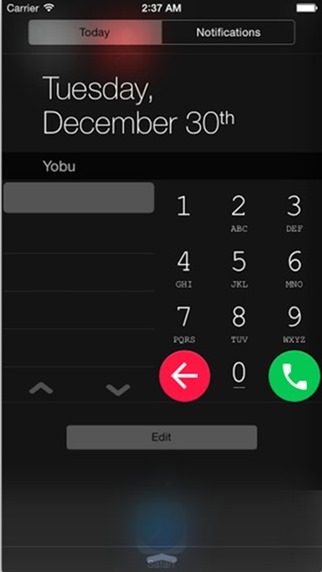 Beyond being able to dial numbers the widget also shows recently called people and has a search function that populates a list based on which numbers are pressed on the keyboard. All in all it works well, and when you factor in the fact the widget is free there isn’t a great deal to not like here. It’s the kind of thing that we expect Apple to pull from the App Store sooner or later though, so if you want a to install YoBu, now might be the time to do it.