Contrary to popular belief, getting the most out of your mobile device isn’t solely dependent on downloading scores of apps and games. Often, it’s the smaller quirks and features that help to make the process of using a platform that little bit more pleasurable. Apple has made a number of changes to its keyboard recently, greatly improving things with the iOS 8 configuration, but while autocorrect mightn’t be the bane of an iOS user’s life as it once was, there are still ways you can learn to type more efficiently. Here, we provide one little-known tip that’ll have you speed-typing in no time at all.

This tip was sent in by one of our readers, and relates to effortlessly typing in numbers or symbols associated with their respective letters on the keyboard without the need to fully switch interfaces. 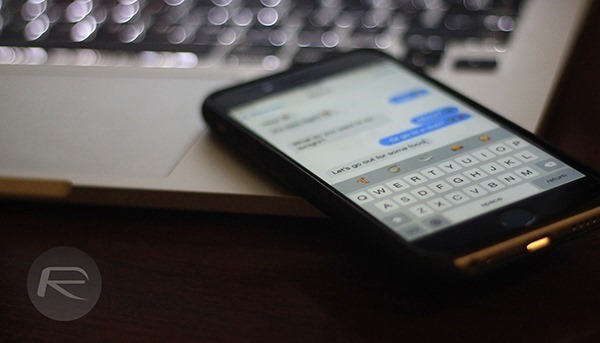 It’s reasonable to assume that most, when typing in a number or symbol on iOS, will consult the ‘123’ button, type in their digit or special character, and finally hit ‘123’ again to revert and proceed with standard typing. But rather than continue to accustom yourself to this method, there’s a quicker, less painstaking way to switch between letters and symbols / numbers.

The easier way through this everyday situation is to simply press and hold the ‘123’ button, and while continuing to keep your finger pressed down, dragging it towards your number or symbol. When you lift your finger, you’ll be back to regular typing, and if you get into this good habit, you’ll save boatloads of time when emailing, messaging, or making notes on your device.

If you already knew about this, then you’re in the relative minority, and no matter how long you’ve been using iOS devices, it’s easy to miss these simple features if you start out taking the longer route and become set in your ways.

It took the wider iOS community quite a while to latch onto the fact that a double-tap of the shift button on the keyboard creates a caps lock effect, and I’ll willfully admit to once having been among the clueless majority that would hold shift with one finger while trying to type my capital letters in at the same time.

Speaking of shift, you can also use the same symbol / number technique to quickly capitalize a letter while typing; instead of tapping on shift, just hold on it, drag to an alphabet and release. A capitalize character will be inserted to the text field with relative ease.

So, if you own an iPhone, iPad or iPod touch, we do hope that this has helped you out, and as ever, be sure to leave your comments below!