Apple and Google are getting ready to make their coronavirus contact tracing API available, but Americans are reportedly split on whether they will actually use any apps that take advantage of it.

While the API’s usefulness depends on as many people using it as possible, the poll found that 4% of Americans don’t have a phone with another 13% saying that don’t have a smartphone. That’s going to be a problem, obviously.

Rates of smartphone ownership are much lower among seniors, who are particularly vulnerable to the ravages of covid-19, with just over half of those aged 65 or older saying that they have a smartphone (53 percent). Rates are even lower for those 75 and older, according to the Post-U. Md. poll.

Amazingly, 41% of those polled said that they wouldn’t be happy with telling the app that they had tested positive for coronavirus. Despite the fact that it could potentially save lives. 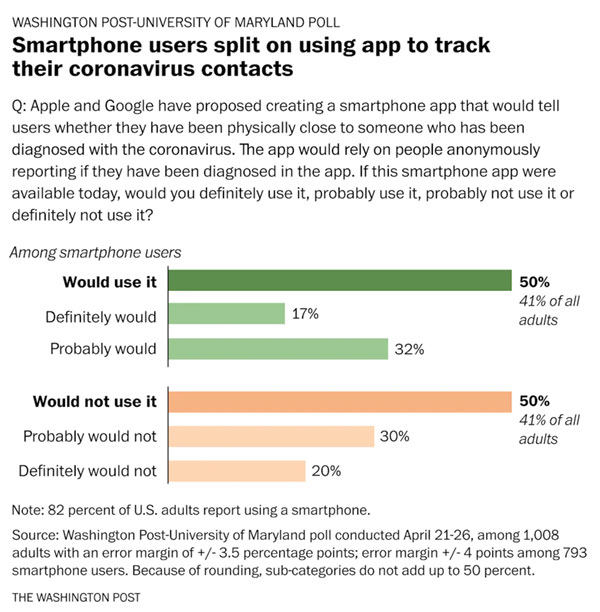 The problem? Apparently people don’t trust Apple and Google. Both companies have been trying to allay privacy concerns at a time where it’s becoming increasingly vital that we use every tool at our disposal in trying to prevent the spread of coronavirus.