Ever looked at Android users with envy because they can use apps to turn their phone into a DLNA server, allowing them to stream music from it? Now there’s no need to be envious, AirMusic is here and it’s going to redress the balance. 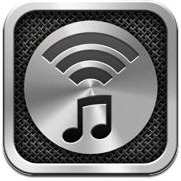 Priced at $0.99, AirMusic is a simple app that allows the streaming of music from your iDevice to a PS3, Xbox 360 or Windows Media Player. In fact, it’ll work with any DLNA enabled hardware. 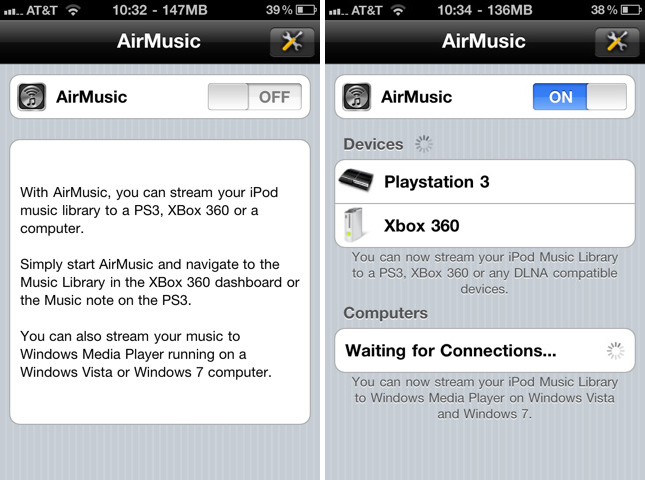 In use, AirMusic is simplicity personified. Just fire up the app, power-on your receiving device and you’re pretty much done. From here the instructions depend on what you are trying to stream to. Xbox users will need to select the Music Library and then the device you’re streaming from. PS3 owners will choose the music icon on the cross media bar and then the streaming device. Other DLNA hardware will have its own process, but the idea behind DLNA is that it handles all the handshaking and protocols – it’s streaming made easy.

Who needs an Apple TV?