Already a key part of any Android user’s arsenal, DoubleTwist’s AirSync has provided wireless media syncing for Google’s mobile platform for a good while now, plugging a gap created by not anchoring the platform to a desktop client as Apple did with iOS and iTunes. Now, according to TNW, DoubleTwist has upped the ante by adding AirTwist, ala iOS’ AirPlay, making Android devices act as a standalone media server. 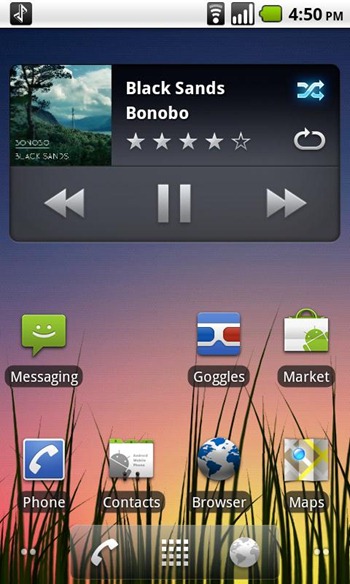 This free update adds the ability to stream photos, videos and music from your phone to your XBox or PlayStation 3. Once you have enabled this feature for your WiFi network in the app preferences, your phone will automatically show up as a source in the media player on your XBox/PS3.

What this basically means is that any Android device with the AirSync software installed will now be able to stream photos, videos and music straight from the unit’s internal memory to any other DLNA enabled hardware. Right now, DoubleTwist are naming the Microsoft Xbox 360 and Sony PlayStation 3 as perfect destinations for your streaming goodness, but we see no reason why, say, a Google TV for example shouldn’t work equally as well.

AirSync is currently available in the Android Market for $4.99, while a competing product, Skifta is free. We have limited experience with either product but do understand both can have their good and bad days. Obviously your mileage may vary, but for free Skifta has to be worth a shot anyway.

As a little tidbit: DoubleTwist was co-founded by Jon Lech Johansen. If the name rings a bell, it’s because he also goes by the name of DVD Jon and is the guy who originally cracked DVD encryption. Suffice it to say, he knows a thing or two about video!