Every-so-often an iOS app crosses our collective Redmond Pie radar that reminds us just why we love mobile devices so much. Today’s little gem is everyAir, developed by Pandaelf. 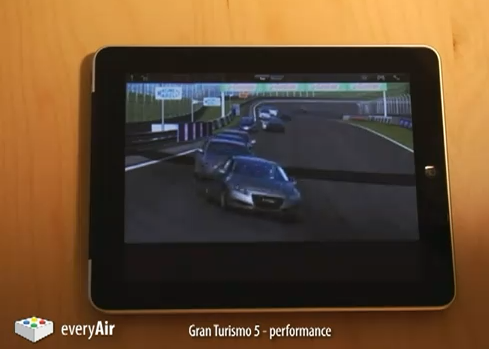 More than just another VNC client/server app, everyAir already does more than just allow the remote control of your Mac or Windows PC from an iPhone, iPod touch or iPad. The beauty here is the app’s ability to allow the user to control what’s happening on-screen using gestures directly from the iDevice. That means gaming works flawlessly. The video below shows just that, with World Of Warcraft and StarCraft 2 being shown to work without a hitch.

That’s impressive in itself. What really blows our minds though is the way the same app has now been tweaked to play PS3 games. That’s right, full-blown PS3 games right on your mobile device. Intrigued? So were we!

According to the guys at Pandaelf, it’s possible to hook a PS3 up to a computer and, with the help of a few off-the-shelf accessories turn your iPhone, iPad and iPod touch into a portable PlayStation (did I just say Sony NGP?). By possible, we mean it’s been done.

Now this takes everyAir to a whole new level. Butting right up against OnLive, the ability to play your own PS3 (and soon, Xbox 360) games from just about anywhere shows just what can be achieved with the iOS SDK, a group of very clever people and a will to push the envelope.

However this new version of everyAir with the ability to play PS3 games isn’t available to public yet. The developer though plans to release a fully customizable version at some point in the future.