WhatsApp has grown to be an absolutely huge instant messaging service but it has one critical flaw. One that’s been driving people mad for years – you can only use it on one device at a time. That might be set to change soon, though.

The way WhatsApp works harkens back to the olden days, of sorts. Accounts are linked to phone numbers which means you can only use WhatsApp on one device at a time.

That’s no good if you have multiple devices and while some might think that only impacts people like us, it’s an annoyance for those with business phones, too. But according to WABetaInfo, things might be changing.

It was first discovered that multi-account support was coming when WABetaInfo went digging through a WhatsApp beta in November 2019. That was for both iPhone and Android, and now more information has been found in a more recent release. Again, for Android and iPhone.

According to Android Police, it appears that triggering event messages shows two different security codes being generated. That, apparently, means support for multiple devices is in the works. 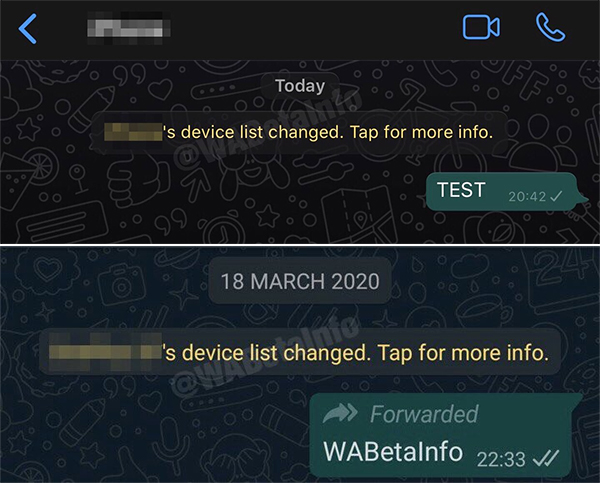 In the latest WhatsApp beta v 2.20.110 (APK Mirror), WABetaInfo discovered more clues related to multiple account support. The team managed to trigger different event messages when a persons’s E2E security code changes, both of which show multiple device support is coming. However, it’s still unclear how this will work.

WhatsApp hasn’t confirmed that any kind of multi-device or multi-account support is coming, although it’s surely something the company knows its users want. Hopefully, it comes before having to use our accounts on a single device sends us too insane.