It’s something that we’ve been waiting far too long for, but WhatsApp for iPhone looks like it is going to receive a dark mode to call its own very soon indeed. The feature is now available to those who are part of the WhatsApp TestFlight beta, with version 2.20.30.25 now in the hands of testers.

The folks at WABetaInfo have been able to share more details on what we can expect to see when this feature finally makes its way onto phones around the globe.

For starters, it seems that WhatsApp has managed to fix the issues which previously saw dark mode cause iPhones to chew through battery life more quickly than they should. The feature now makes proper use of the latest iOS 13 APIs and, as a result, you’ll need iOS 13 or later in order to enjoy dark mode. Sorry about that.

Users will also see their chat wallpaper and chat heads change to a new dark version when dark mode is enabled, with that mode also enabled as soon as users change the iOS system-level dark mode toggle to the on position.

Everything else is just how you would expect it to be. Menus are shown in a new, dark layout and users who like their splash screens will enjoy the new black and white one added as part of this latest beta. 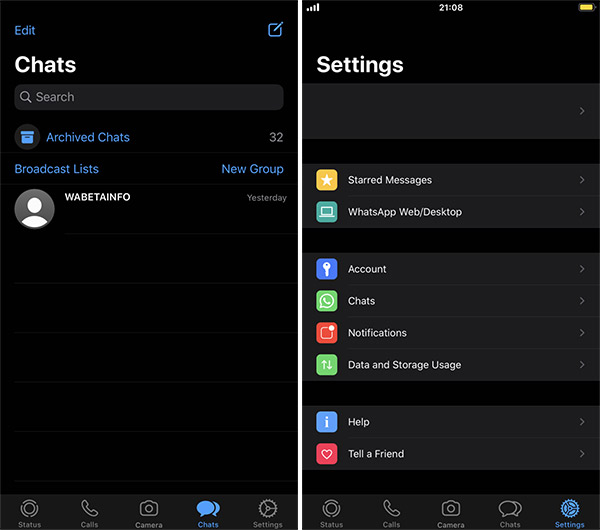 We’d argue that we shouldn’t even see it once the app has been launched once, but unfortunately, Facebook really wants everyone to know that it owns WhatsApp these days. 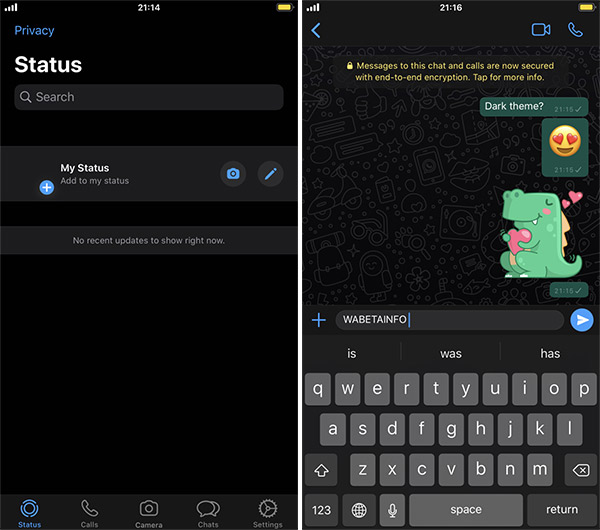 So what’s next? Not a lot, really. The current TestFlight run is full, so if you aren’t already in you’re left waiting for WhatsApp to make this update available to everyone. Hopefully, we won’t have to wait too much longer.