Here are unlocked SIM-free iPhone 8 and iPhone 8 Plus price in USA, UK, India, China and many other countries. 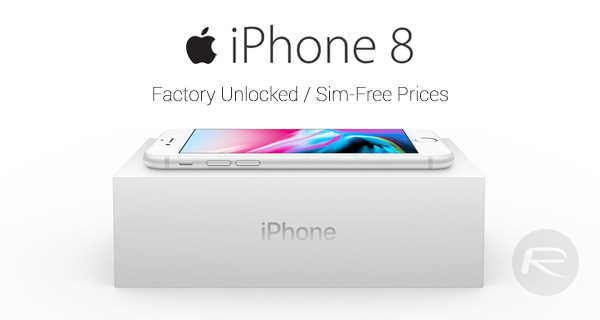 The last few months have been rife with speculation and conjecture about iPhone 8 and 8 Plus. Apple has managed to remove any uncertainty by officially announcing the devices at the Steve Jobs Theater at Apple Park earlier this week, which means that we now have a clear understanding of its features and hardware specifications. Any confusion has now been cleared up, but its announcement does mean that those who are due to upgrade, or who simply want a new phone or to move across from Android, have a decision to make.

The thing to remember here is that no matter what the cost, it’s never going to be as expensive as the flagship iPhone X, which was also announced during the same event. And of course, it doesn’t have all the bells and whistles of the iPhone X either, which by the way won’t be available until October 27/November 3 compared to iPhone 8 and 8 Plus which are available on September 15/September 22.

Much to the delight of some consumers, prices have actually dropped slightly from last year’s iPhone 7 / 7 Plus launch, such as in Hong Kong, which can only be a positive. If you have ultimately decided that iPhone 8 or iPhone 8 is where it’s going to be for you, then check out the embedded graphic below to see exactly how much each model of the device will cost in your specific country. Be warned, it may cost more than you think in some territories, but pleasantly for some, less in others. 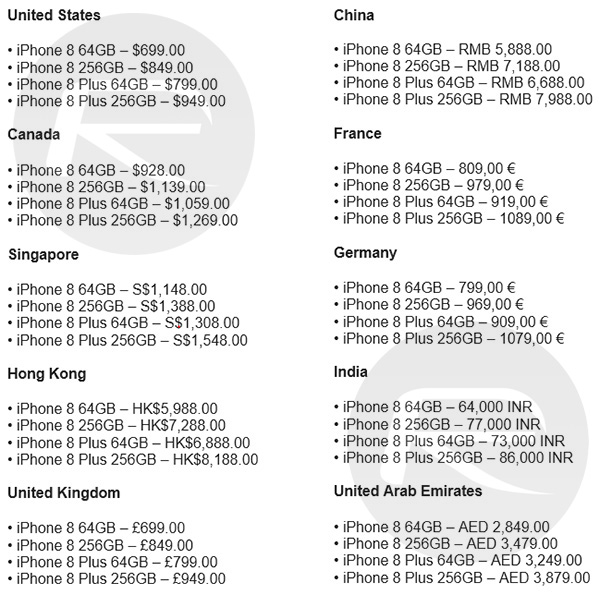