You’ve spent your weekend sitting looking at your iPhone or iPad running iOS 13.5 and wondering whether or not you should liberate it with Unc0ver or Checkra1n. Life is full of difficult decisions. After all, both will get the desired job done for you if you are running Apple’s latest iOS 13.5 firmware but are there any differences? Let’s take a look and see. 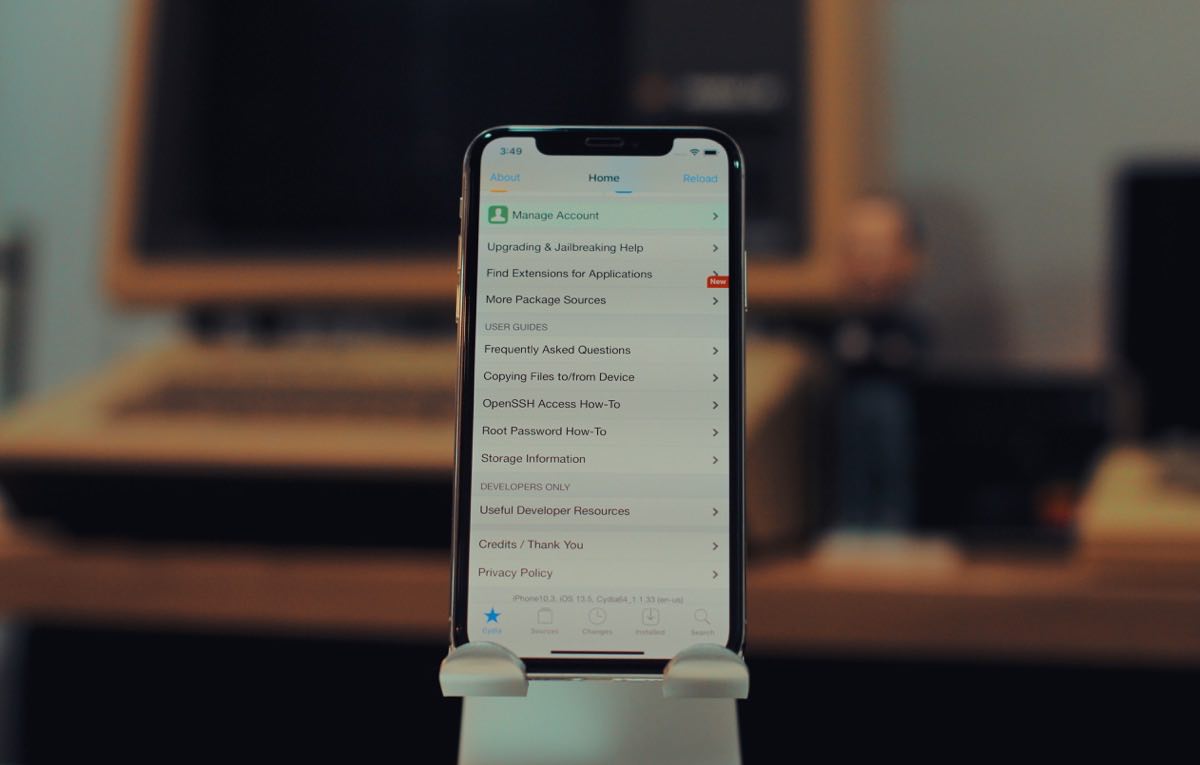 The Underlying Exploit: If you have followed the development and progress of these jailbreaks then you may be aware that checkra1n was made possible by a hardware-based exploit dubbed”checkm8.” Contrastingly, the latest iteration of Unc0ver that is currently available is architected from a series of software-based tfp0 exploits that make its liberation techniques possible.

As far as the former is concerned, the checkm8-based nature of the tool means that it cannot be patched by Apple, thus allowing the team to pwn every single future version of iOS that is released for the hardware that the bootrom exploit supports. The latter, on the other hand, will likely be patched by Apple very soon, meaning that more exploits will need to be found in future versions of iOS in order to offer jailbreak support for new releases.

Semi-Tethered/Semi-Untethered: Say what, now? This bit will actually matter to a lot of people and could likely be the deciding factor that determines which jailbreak they use. Checkra1n is a “semi-tethered” jailbreak, meaning that each and every time the device is rebooted, or turned off and back on, it needs to be connected to a computer in order for it to get back into a jailbroken state. It’s worth noting that it can still be used as a normal “non-jailbroken” device.

Unc0ver, on the other hand, is classified as a “semi-untethered” jailbreak and the preceeding “un” actually matters. Once the Unc0ver IPA is sideloaded onto the device, it means that you have the jailbreak utility there as an app. If the device is turned off or rebooted, getting back into a jailbroken state doesn’t require connecting to a computer. This makes it a lot more time efficient for a lot of people.

Compatibility: Remember when we said Checkra1n is a hardware-based jailbreak and Unc0ver is a software-based one? Well, that actually matters. To put it bluntly, checkra1n can only jailbreak devices that are susceptible to the checkm8 exploit that is the primary payload in the tool. That means it can jailbreak devices from the iPhone 5 through to iPhone X but it cannot jailbreak newer devices like the iPhone XS or iPhone 11 series.

Because Unc0ver is software-based and exploits vulnerabilities in iOS 13.5 rather than at a hardware level, it can jailbreak any single device that is capable of running iOS 13.5. For those with a newer iPhone or iPad after 2017, Unc0ver will be the only option in that respect.

What’s particularly beautiful about all of the available jailbreak options is that even amongst the differences they have striking similarities. Once the liberation has taken place, all compatible devices are left in a position where they can install jailbreak tweaks. Although they are deployed and invoke differently, both jailbreak experiences require the device owner to put in a little work if the device is rebooted or turned off and on. Both checkra1n and Unc0ver offer a revert mechanism to remove the jailbreak without issue.

Putting the similarities and differences aside, both jailbreaks are built and supported by incredibly devoted teams and both are available to you right now to jailbreak your iOS 13.5 iPhone, iPad, or iPod touch.

If you haven’t jailbroken yet, check out our video tutorial below on how to jailbreak iOS 13.5 on your iPhone or iPad using Unc0ver.