Self-driving cars will allow UK passengers to watch TV on the move after it was confirmed that UK law will make provisions for such things.

The news is perhaps surprising, not least because there are currently no cars on sale in the country that can actually do it.

However, a new BBC report also notes that while the watching of content will be allowed, drivers “must be ready to take back control of vehicles when prompted.” Whether that will interfere with watching stories, or not.

No self-driving cars are currently allowed on UK roads, but the first vehicles capable of driving themselves could be ready for use later this year, the Department for Transport (DfT) said.

It’s also been suggested that cars could disable their onboard screens when the driver is required to take control, perhaps helping avoid the potential of someone missing a prompt because they are too engrossed on what’s going on in the latest episode of Stranger Things. 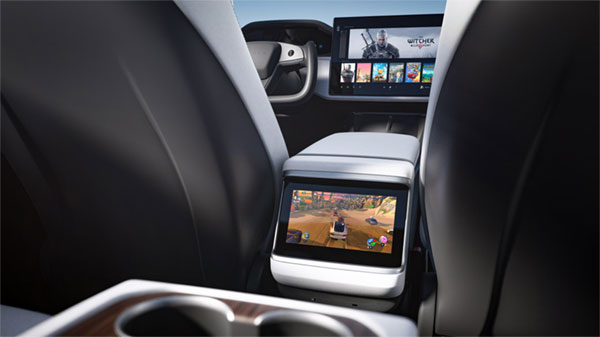 The new rules will also differentiate between self-driving cars, which aren’t on UK roads yet, and those that feature assistive technology like lane-keep assist and adaptive cruise control.

It could still be some time before UK drivers are watching shows while on the move, but the laws do seem to be setting that up to be a real possibility in the not-too-distant future.