The chief executive of mobile network EE has used a London-based event to announce the rollout of its 5G services in the United Kingdom.

The company has confirmed that the rollout will take place this coming May 30, meaning that the UK’s biggest network will beat rival Vodafone to market by a number of weeks. 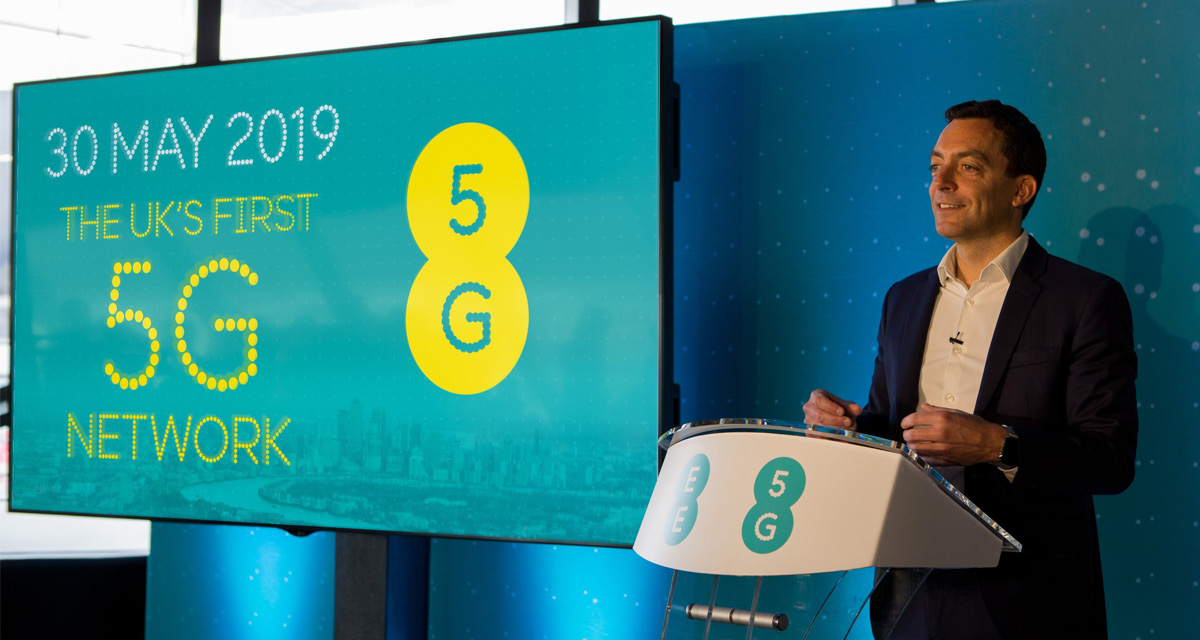 As potentially expected by consumers, the network will initially offer a phased rollout of its 5G infrastructure in an initial six cities in the United Kingdom. As we have previously seen with 3G and 4G rollouts, the network will then look to expand availability by the end of the year with plans to try and have at least sixteen major cities in the UK being able to subscribe to, and access, 5G services. EE will be offering these services alongside a number of next-generation devices.

EE’s chief executive, Marc Allera, made the announcement and confirmed that the network’s 5G hardware and required radio equipment will be provided by a number of providers. Qualcomm, Samsung, Google, LG, One Plus, Oppo, HTC, and Huawei will all be part of that hardware provided with the company also offering its 5G plans alongside a number of new devices, such as Samsung’s Galaxy S10 5G. Those who are current EE customers as well as anyone who wants to churn and move to the network will be able to pre-order those plans with a minimum-term contract with immediate effect and will come into effect on May 30 in the relevant launch cities.

That all sounds brilliant for a lot of customers, and specifically those who love Android or Samsung hardware. However, it isn’t great news for iPhone lovers or those who refused to move away from the iOS platform. Apple won’t be releasing any 5G devices during 2019, which means that consumers won’t be able to subscribe to EE’s 5G service and consume those benefits from a compatible iOS-powered device. 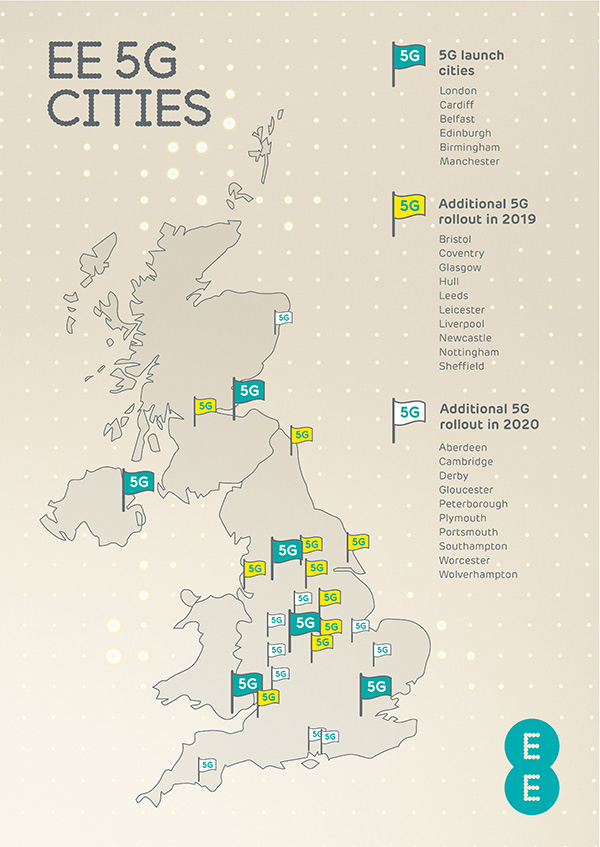 That aside, this is definitely good news for EE and puts the network forward as a UK-first. Rival Vodafone had already announced that it would roll out 5G in the UK on July 3, which, at the time, meant that the company would be the first to do so in the UK. This announcement means that is no longer the case and will establish EE as a 5G leader in the UK market.