You can now download iOS 12.3 beta 3 IPSW links and OTA update for your compatible iPhone, iPad and iPod touch devices.

Apple has today seeded the third beta of its upcoming iOS 12.3 update. This latest release comes approximately two weeks after the release of iOS 12.3 beta 2 and is available for registered developers to download with immediate effect. 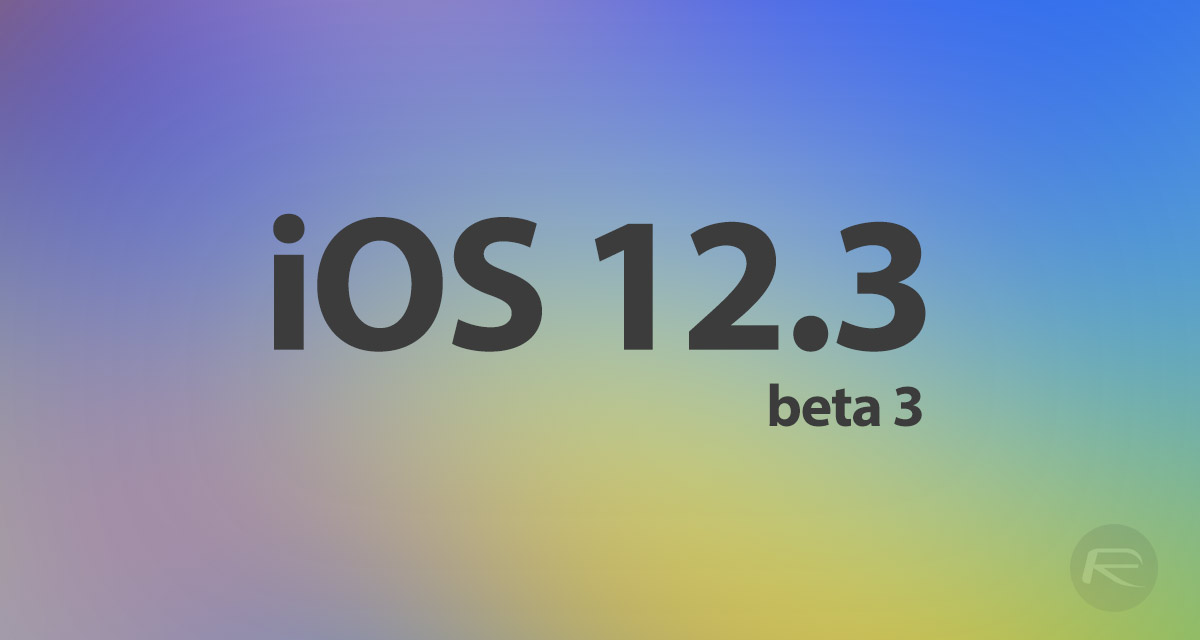 Currently, we aren’t in a position to accurately and effectively report on all of the changes that may be present in iOS 12.3 beta 3.

However, history has already shown us that once we get to the third pre-release seed of a build, Apple is more focused on stability and performance improvements rather than actually adding new functionality and exposing new features. With that in mind, we don’t expect to find anything earth-shattering in this release and instead expect to find a more streamlined experience.

As far as iOS 12.3 is concerned, Apple has introduced the brand new TV app which was initially unveiled to an audience during the last March 25 event. Rather than being entirely new, this is an updated experience in place of the original TV iteration and gives exposure to TV shows, sports broadcasts, movies, and more.

The brand new ‘For You’ section has been borrowed right from Apple Music and will be tasked with learning your behaviors to try and serve up recommended content that matches your viewing habits. Other than that introduction, iOS 12.3 is relatively light in terms of brand new features and functionality. It may come with a big version number but it appears to be predominantly focused on the introduction of the new TV app which will ultimately play home to Apple’s new TV+ service.

Those testers who are currently involved in testing an earlier pre-release version of iOS 12.3 will be notified of the availability of this latest update on the provision that they have a beta configuration installed on their device. If so, then the update will not only show up as an available download but will be able to be downloaded as an easy over-the-air (OTA) update via the Software Update mechanism. Once downloaded, any new integrations and feature enhancements can be tested, put through their paces, and feedback can be provided to Apple.

Remember, the feedback loop to Apple is an extremely important part of the testing process, so make sure you do that.