Tesla has launched a new software update that allows people to change the color that their car appears on the in-car screen.

The change is designed to allow people who have wrapped or re-sprayed their cars to have the color match. However, the change only appears to be available to customers driving cars in China right now. 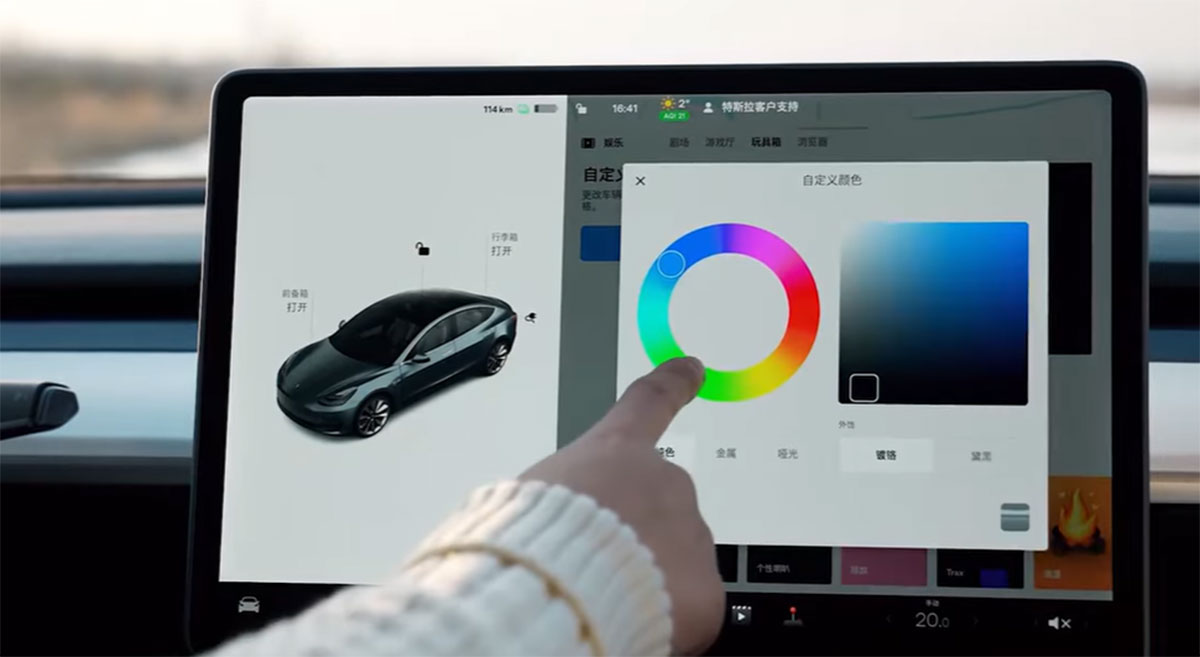 The change is one that is sure to be popular among Tesla owners. With the car maker famous for offering so few color options on its cars many have taken to having them wrapped after purchase. That has historically meant that the car’s representation on-screen is the wrong color but that’s now changing.

Unfortunately, there is no information on when this feature will be made available to Tesla drivers around the globe although you have to imagine that it will happen eventually. However, as Eletrek notes, Chinese Tesla drivers can also have their cars wrapped by the company in-house — perhaps that’s why China was the first to get this new feature.

Tesla’s new feature was part of the Chinese New Year software update that also brought the launch of a Tesla-branded microphone for in-car singalongs.

Of course, one way around this would also be for Tesla to just offer more than a handful of different colors at the point of purchase.