Photos have appeared of what appears to be Tesla using mobile Powerpack battery systems at its first Megacharger station, designed for the Tesla Semi electric truck. The photos were taken in Nevada.

Tesla was previously reported by Electrek as deploying its first Megacharger station at the Nevada Gigafactory with the upcoming fleet of Tesla trucks set to make use of it. That report was from October, and now it seems things are moving up a notch. 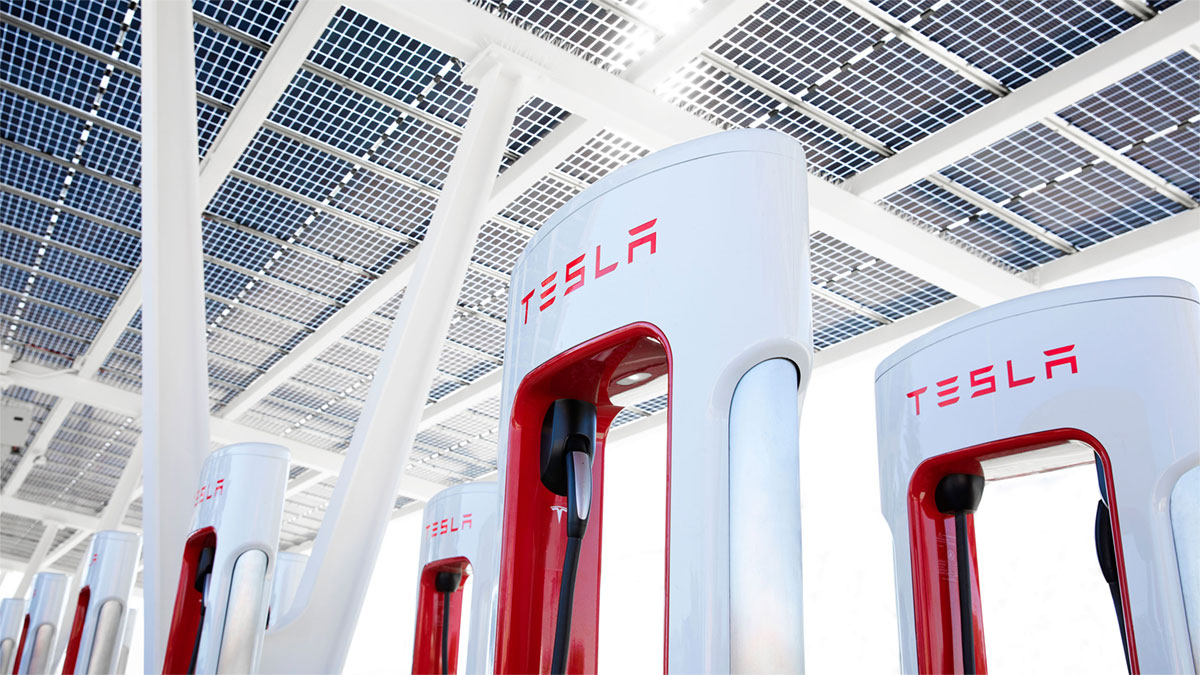 While the Supercharger network has been a great boon for Tesla car owners, it isn’t up to powering the Tesla Semi electric truck and a new solution is needed. Tesla said that Megachargers would be the answer, with the more-powerful Supercharger offering 400 miles of range in just 30 minutes.

Eletrek says that the exact specifications of the Megacharger aren’t known.

This would require a charging capacity of over 1 MW or about four times the current top charging output of a Supercharger. Our calculations showed that it could be as high as 1.6 MW.

We don’t know the specs or any details of the Megacharger just yet as Tesla hasn’t commented on the first station deployed at Gigafactory Nevada. 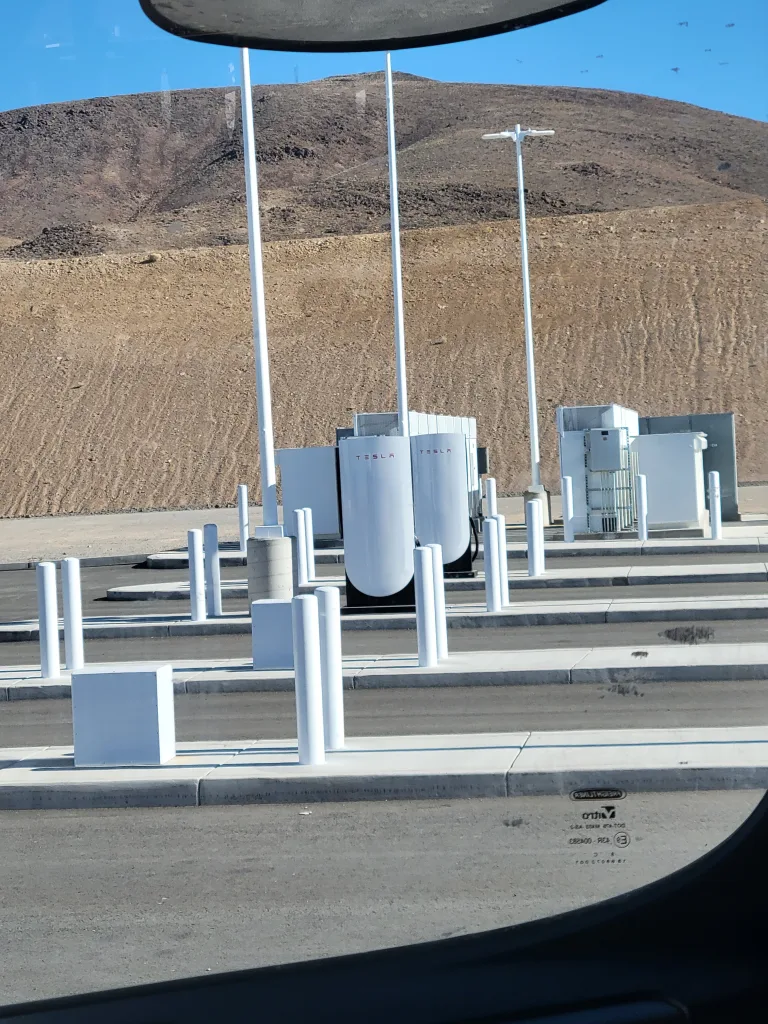 The same report suggests that Tesla’s testing demand chargers, rather than a standard charging solution.

While we can confirm what Tesla is doing with these Powerpacks, we believe the automaker is likely testing the energy storage system as a solution to the extremely expensive demand charges that will come with operating a charging system such as a Megacharger.

Demand charges are a higher rate that an electric utility charges when a user’s electricity needs a spike. 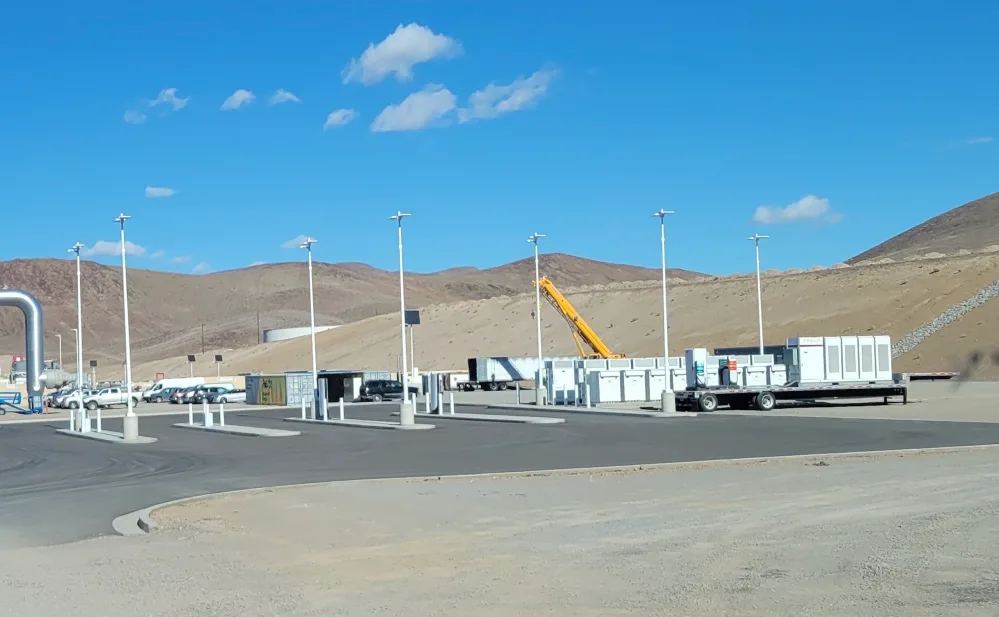 It’s thought that Tesla will use the batteries to store power that could be provided by solar or off-peak grid rates and then use it when required, much as how homeowners do with their admittedly smaller battery packs at home.