Tesla is now officially worth $1 trillion after adding more than $100 billion to its market capitalization in a single day.

The news comes as Tesla continues to go from strength to strength while signing deals that include 100,000 cars that will make up the largest ever electric vehicle delivery for rental firm Hertz.

Tesla’s stocks have reached a new $1,200 price of late, giving the electric vehicle maker a valuation north of $1 trillion, making it a member of a group of companies that is very elite. What’s more, it sees Tesla grow at an impressive rate of knots — more than 10x in two years alone.

The news also comes at a time when Tesla continues to struggle to meet demand for cars like the Model 3 and Model Y, while upcoming vehicles like the Roadster and Cybertruck are proving difficult to get out the gate — deliveries for both have slipped recently.

Where Tesla’s stock goes next is unclear, although a world that continues to lean towards electric vehicles will surely leave many of the opinion that the sky is the limit for one of Wall Street’s winners. 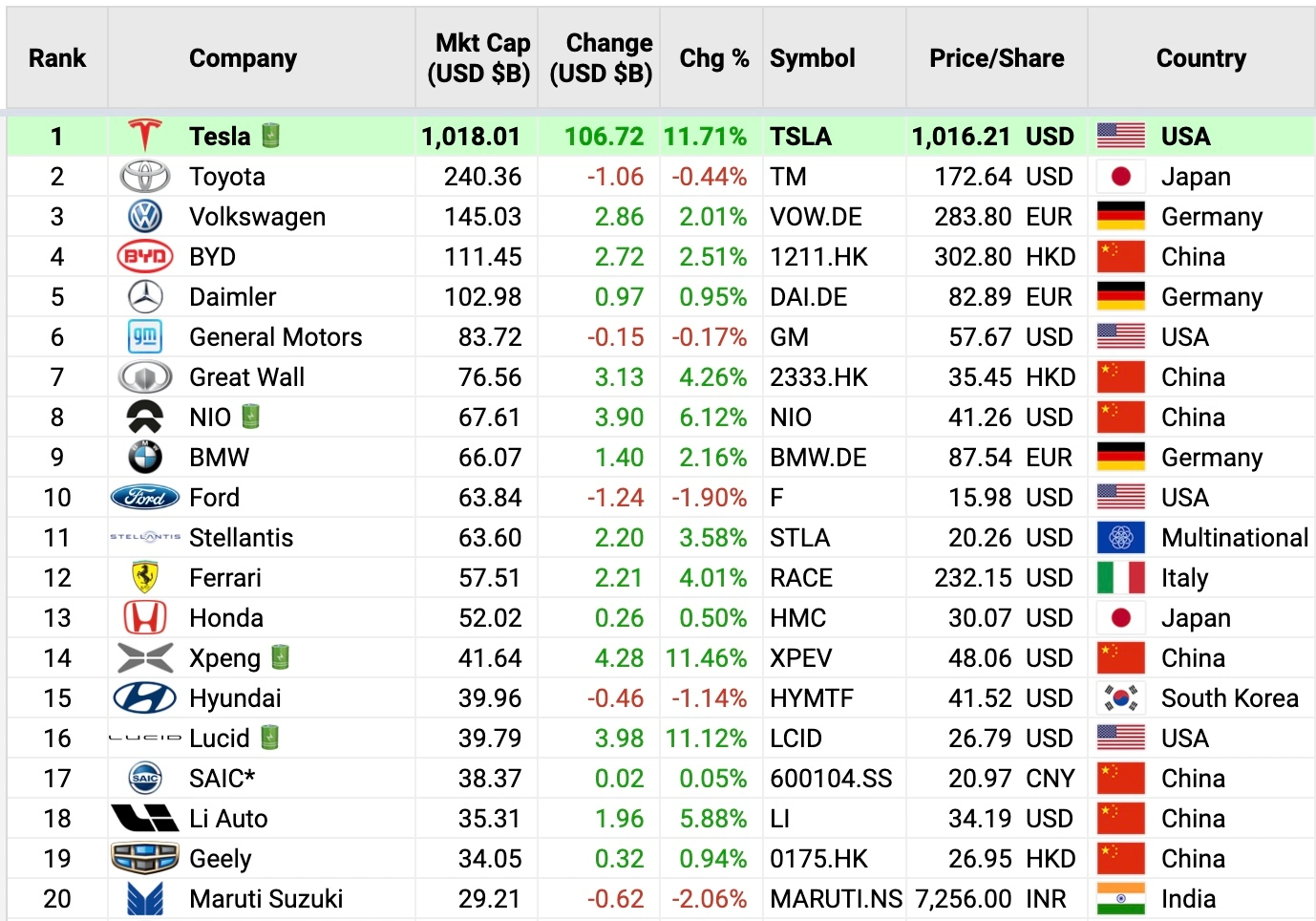 It’s also important to remember that Tesla isn’t only selling electric cars these days. Solar power collection and storage via huge batteries is also part of the business right now, something that has proven popular among early adopters.