Tesla Is Now Letting People Pay For Some Merch With Dogecoin

Tesla has begun to allow customers to buy some items from its online store using the Dogecoin cryptocurrency, CEO Elon Musk has announced via Twitter.

While you can’t go buying a Tesla car using the coins, there are some things that are being offered. Those include the Giga Texas Belt Buckle for 835 doge as well as the Cyberquad for Kids at 12,020 doge.

Musk says that it’s his favorite cryptocurrency and he has also previously suggested that the company would “see how it goes” with future payment options.

Dogecoin payment isn’t only offered in the United States, either. International buyers can also buy the S3XY Mug in the UK for 150 doge and it seems that the cryptocurrency is the only way to buy some products. Tesla has removed the option to pay using traditional payment methods for reasons unknown.

As The Verge notes, Musk has previously said that he is working to try and make it more energy efficient to mine coins like Dogecoin, potentially making it more palatable to those who suggest its use of energy is one reason it shouldn’t be used. 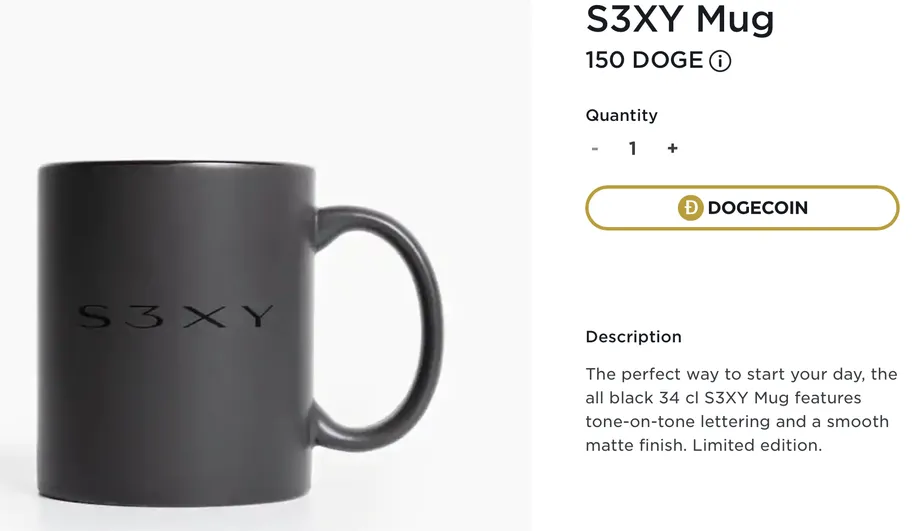 Will you be placing a Tesla order using your Dogecoin currency?