Temple Run 2 For Android Coming Out On January 24th

If you own an iOS or Android device and enjoy playing mobile games on your way to work or school, you have most likely stumbled across Temple Run at one point. This addictive touch-screen game is now getting its first major revamp since its 2011 release: Tempe Run 2, which will reach Google Play on January 24th, following the recent release of the iOS version.

The new game builds on the success of the original Temple Run title, introducing new graphics, controls and well, a new “temple” for players to run through. The greatly improved visuals should be enough to give players the reason to get the title as the visuals in the old game, dating back to 2011, was already showing its age. According to Keith Shepherd, one of the founders of Imagi, the small game studio behind Temple Run, the new game reflects a need that was felt within the project to innovate beyond simple add-ons for the original game:

The original is an awesome game, for what it was, but we wanted to do some radically different things, and improve the graphics, so we knew we’d have to start afresh. 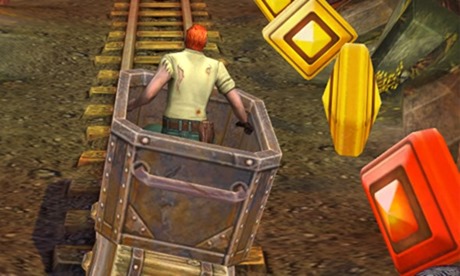 At the end of the day, the result was a completely rewritten game designed to make players of the old title still feel right at home. Tilts, touches and swipes are still the game’s main controls, however more actions can be taken: this comes particularly handy at one stage when the player needs to leap its character into a minicart and race along a bumpy track. Specific power ups have also been added, different for each character. 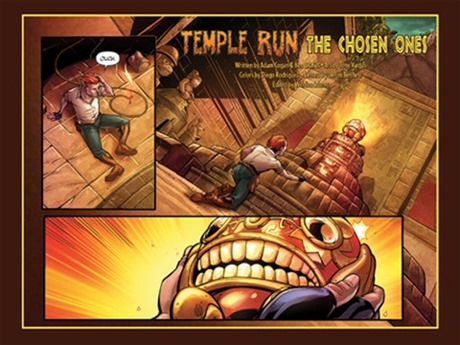 While Monkey Run 2, like its predecessor, is completely free to download, it includes more incentives for players to perform in-app purchases. Accessories and power-ups are now more difficult to get through gameplay: coins are as easily available as before, allowing players to obtain new characters and power-ups, Monkey Run 2 introduces gems, which are rarer and more difficult to get, yet they can afford extra lives and other consumables. While there is no obligation for players to spend any money on the game, going so will greatly increase their chances of winning.

Monkey Run 2 will be available on Android starting on January 24th.