We’ve caught precious few sightings of the iPhone 5S over the past few days, weeks and months, but today, we have our first alleged look of the device in its original packaging. As has been touched upon ad nauseam, the handset will feature a fingerprint sensor for its Home button, and from this leaked snap of the iPhone 5 in its retail box, it can be seen in place of the Home button.

Unfortunately, this leak doesn’t appear particularly legitimate. The box, which is relatively standard iPhone fare, has been taken by a ridiculously low-res camera – the type of which rarely seem to exist any more. Thus, it’s a very pixelated affair, and leads us to believe that somebody has thrown it together.

The leak arrives courtesy of Chinese site C Technology, and as you might have guessed, it’s authenticity cannot be confirmed. We’ve caught plenty of visual coverage of the iPhone 5C in all its rainbow-befuddled glory, but with the iPhone 5S being the show-stopper, it would seem that Apple is a bit more compelled to keep things under wraps.

The box is white, featuring the black iPhone as well as the all-new iOS 7, which has run through several betas and certainly feels as though it’s now ready for prime time. Suspiciously, though, the background of the newly flattened iOS looks dark and of one color, where the company usually incorporates some kind of wallpaper. With that said, the new Jony Ive-fuelled ethos of software design prefers the flat shapes and clean colors, so perhaps Apple has decided to ditch the idea of using a simple image for the backdrop. 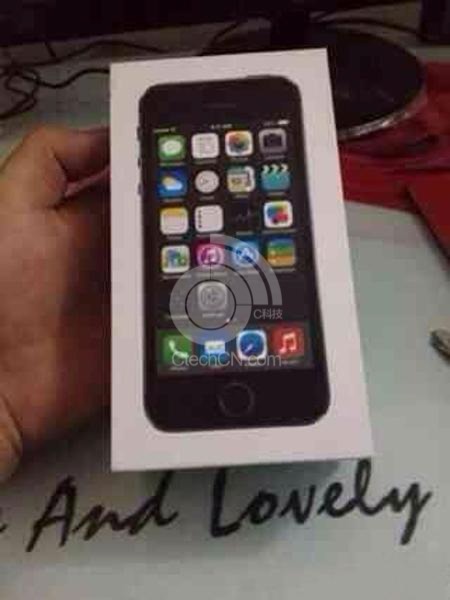 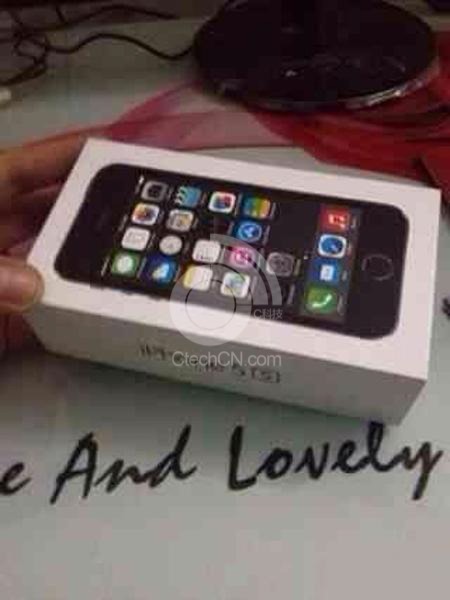 At this point, the low resolution of the image suggests this has just been thrown together by an Apple fan, so we’re taking it with a pinch of salt.

Apple’s next flagship is expected to be announced on 10th September iPhone event, alongside a low-cost, polycarbonate handset by the name of iPhone 5C. We’ll be following the day’s events as well as covering anything else you may need to be informed of pertaining these two major announcements from Apple, so stay tuned to our coverage here at Redmond Pie!