The hype surrounding the Google Nexus 5 is pretty immense right now, and after a recently-leaked images, Redit user Vovicon has upped a bunch of rather beautiful renderings. Maintaining a similar look to the Nexus 4 – a device manufactured by LG as the next one will be – it brings a slicker general aesthetic than its would-be predecessor, and although we’ll need to wait for the device’s official unveiling before we get too excited, the renderings are definitely worth checking out after the break.

Android 4.4 KitKat has just been officially announced, and the Nexus 5 will likely be the first to ship with the new software out of the box. We don’t yet know when this may be, but with the wave of leaks and information exchanging hands at this point in time, we’d hazard a guess that it will be sometime soon.

Google’s Nexus brand not only allows consumers to enjoy that pure Android experience and the frequent, delay-free updates this entails, but also offers mid to high-end smartphones and tablets at agreeable prices. The new Nexus 7 tablet has once again proven popular among consumers, and with the Nexus 7 now becoming rather antiquated after more than a year as the flagship Nexus smartphone, the Android community is more than ready for the Nexus 5. 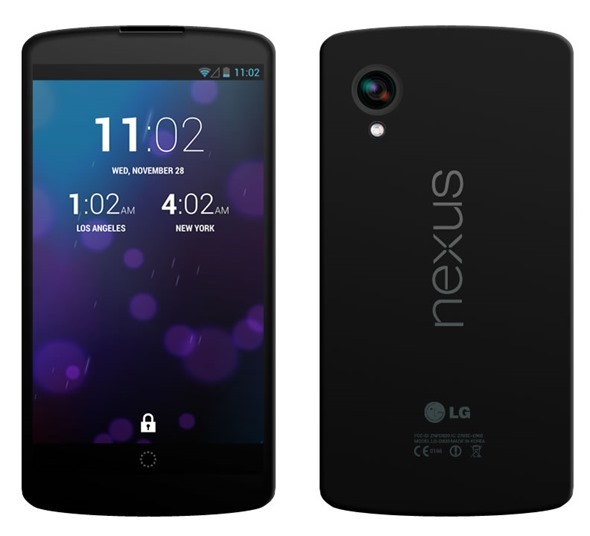 We’ve heard numerous reports regarding the Nexus 5 specs, most of which have pointed to a 5-inch display with the full 1080p experience. This is only a meager bump from the 4.7-inch offering with the Nexus 4, but so long as the panel is a little more vibrant than the notoriously dull Nexus 4 display, there shouldn’t be too many complaints. 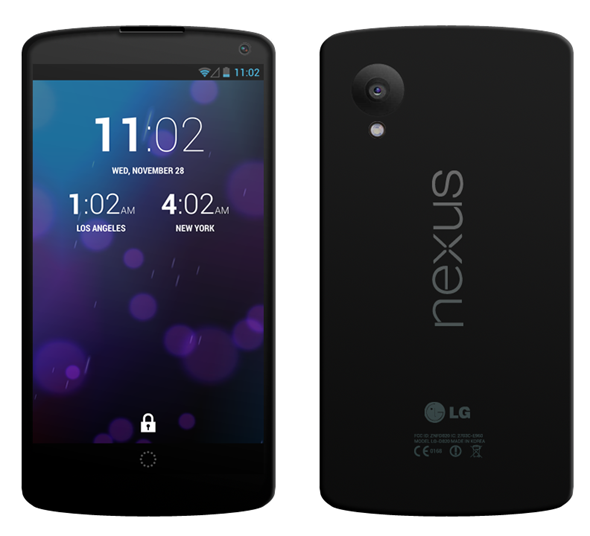 The Nexus 5 will certainly pack a decent processor, with the Snapdragon 800 SoC looking the overwhelming favorite to play the role of workhorse, and with the new Android 4.4 KitKat to boot, will certainly entice many consumers into making the purchase. 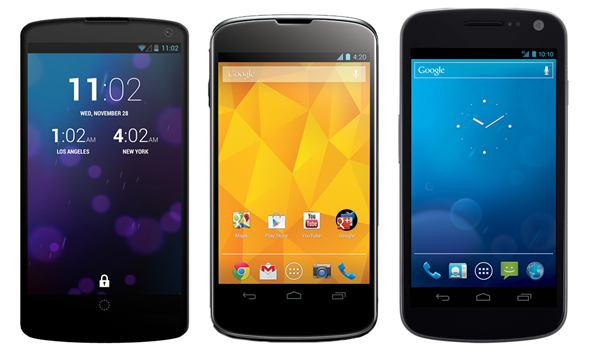 With so many new devices being released and rumored to be arriving in the next few weeks, it’s going to face plenty of stiff competition, but if it looks anything like these sumptuous renders, should have no problem in holding its own.

We’ll keep you posted on any more Nexus 5-related tidbits, so stay tuned!