Amazon is currently offering the SanDisk Extreme memory card with an astonishing 400GB of internal capacity for just $85.49. The deal is representative of a 66% discount and immediately brings a smorgasbord of storage into the purchaser’s life.

SanDisk has played around a little with the pricing of the relatively new Extreme 400GB card. It originally hit the market for close to the $250 mark and has since dropped as low as $100. It seems that consumers are happy to invest in the card at both price levels but will be much happier only having to part with a lower amount of cash which is actually representative of the lowest price that this card has been offered for. At least for a while.

We’re pretty sure that everyone looking for a product of this nature is au fait with what a memory card of this type offers but it’s worth reiterating the key points of the purchase to alleviate any fears or blank spots: 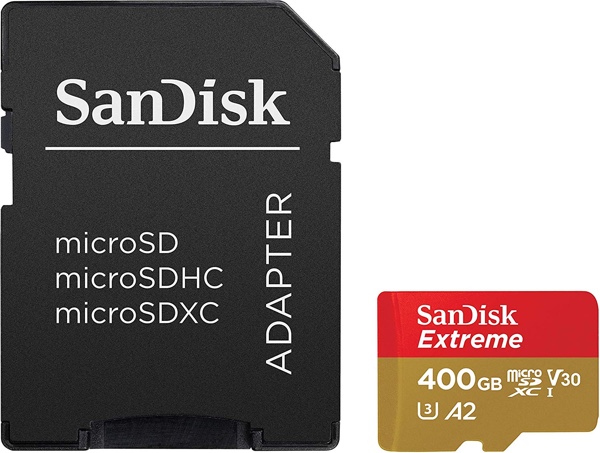 If you have an Android device, a portable gaming system, or even something like a digital camera or a 4K-capable drone flying high in the sky shooting video, then this 400GB SanDisk card is definitely going to tick your boxes at this price.