You can now get iOS 13 beta 1 download IPSW links and OTA update for iPhone and iPadOS 13 beta 1 for iPad devices. As expected prior to the conference starting, and as confirmed by Apple during the opening WWDC 2019 keynote, the first developer seed of iOS 13 and iPadOS 13 has now been seeded to developers. 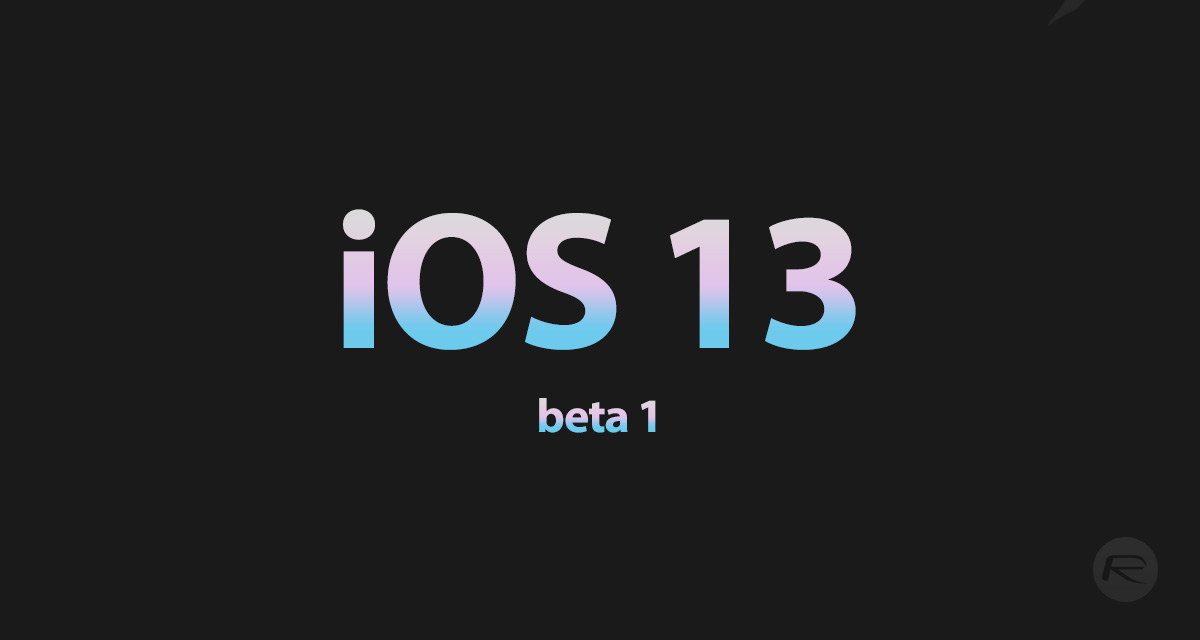 The release means that those interested in beta testing Apple’s next major iOS and iPadOS release, and who has access to a valid Developer Account, can download and install iOS 13 and iPadOS 13 on compatible iPhone, iPad, and iPod touch hardware with immediate effect.

This is arguably one of the most exciting times of the tech calendar for a lot of mobile developers. Not only do thousands of seasoned developers as well as scores of enthusiastic apprentices and students descend on Apple’s HQ for the annual WWDC event to learn from the greatest minds in the industry, but they also get to sink their eyes and teeth into the next-generation of Apple’s mobile operating system. Now, thanks to this release, that initial pre-release seed is out in the public domain and will get put through its paces by developers.

As is generally the case at this time of the year, the release means that anyone with access to Apple’s Developer Program will find themselves in a position whereby they can download the IPSW file of the maiden iOS 13 and iPadOS 13 release and get it installed to their compatible devices.

Alternatively, a dedicated configuration profile can be installed to the device which will allow the Software Update mechanism on the device itself to actually recognize and pull down the initial iOS 13 and iPadOS 13 developer preview as an immediate over-the-air update. For most, this is definitely going to be the preferred mechanism for installation.

This may be one of the most anticipated release dates of the calendar year as far as mobile platforms go but it’s really representative of just the beginning of the journey that Apple, developers, and the general public are about to embark on together.

This first release will be followed up by timely updates increasing in regularity as we move closer to a public release in September of this year. During that time, Apple will take user feedback on board to make internal improvements and fix issues in the hope of ensuring that iOS 13 and iPadOS 13 is in perfect tip-top working order ahead of a public release alongside the next-generation iPhone later in the year.

If this is a release of particular interest to you, and you have access to a valid Developer Account, then make sure to grab it right now and see what you think about iOS 13 and iPadOS 13.